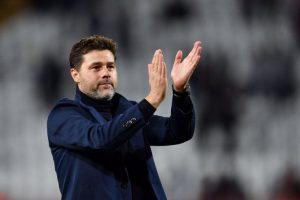 PARIS (AFP) – Mauricio Pochettino’s passion and pedigree as a former Paris Saint-Germain player are likely to endear the Argentine coach to the club’s supporters – though dealing with the demanding Qatari owners could prove trickier.

Pochettino, named on Saturday (Jan 2) as successor to the German Thomas Tuchel, will be given substantial resources to make the French champions kings of Europe and he inherits a team that already contains the most expensive player in history in Neymar and another of the costliest, Kylian Mbappe.

He led Tottenham to the Champions League final but, like Tuchel this year, fell at the final hurdle. Pochettino’s side lost 2-0 to Liverpool in Madrid in 2019 while PSG went down by a single goal to Bayern Munich in Lisbon in August.

Since his departure from Spurs in November 2019 after guiding the north London club to four successive top-four Premier League finishes, 48-year-old Pochettino has laid low.

His decline at Spurs was puzzling, coming so soon after the club reached the European showpiece but he appeared frustrated at a lack of reinforcements to the squad and reportedly fell out with some of his players.

He has been continually linked with Manchester United but with Ole Gunnar Solskjaer steadying the ship at Old Trafford so successfully, Pochettino was available to take over the hot seat at the Parc des Princes, where he played from 2001 to 2003.

Pochettino built his playing career as an uncompromising central defender largely for his beloved Espanyol – the poor relations to city rivals Barcelona – but it was not just his toughness on the pitch that marked him out as a natural leader.

“Pochettino had great charisma in the dressing room,” Paco Flores, who coached an Espanyol team including Pochettino to the 2000 Copa del Rey, told the Guardian in 2013.

“He never, ever accepted defeat and there was a huge amount of respect for him, almost like the hierarchy when you’re doing military service.

“He was a leader, a strong personality. There was also a powerful communion between players and fans and he saw the importance of that.”

Pochettino displayed that passion at Tottenham, most memorably after they beat Ajax in Amsterdam to reach the Champions League final. He tearfully embraced his players, his face screwed up in raw emotion.

Perhaps the quality that earned him most credit at Spurs was his ability to bring on young talent such as Dele Alli. It might not have been a coincidence that as Tuchel’s star waned at PSG, the club were linked with Alli, a star of England’s 2018 World Cup team but now little used by Pochettino’s successor Jose Mourinho.

Pochettino is often described by his former players – after coaching Espanyol he cut his teeth in England at Premier League club Southampton – as a coach who demands absolute commitment.

But he will have to balance that with the task of handling Neymar, who appears to be treated with kid gloves by PSG’s owners.

Tuchel was reportedly abruptly asked to leave after making comments in an interview that were deemed critical of his Qatari bosses. Pochettino will have to keep his emotions in check.