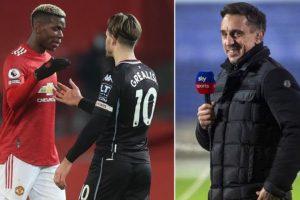 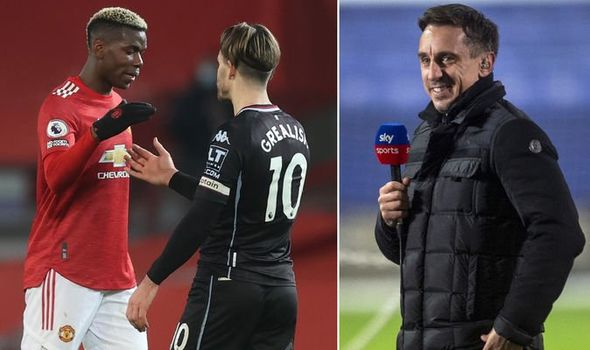 Grealish shone for Villa at Old Trafford on Friday night as United beat the Midlands club 2-1 and created a whole host of second-half opportunities.

The 25-year-old supplied the assist for Bertrand Traore’s goal and this season stands on five goals and nine assists in 15 Premier League outings.

The England international, who has racked up five Three Lions caps since his debut in September, has long been linked to United.

Ole Gunnar Solskjaer was tipped to try and sign the £80million-rated attacking midfielder before they brought in Van de Beek from Ajax. 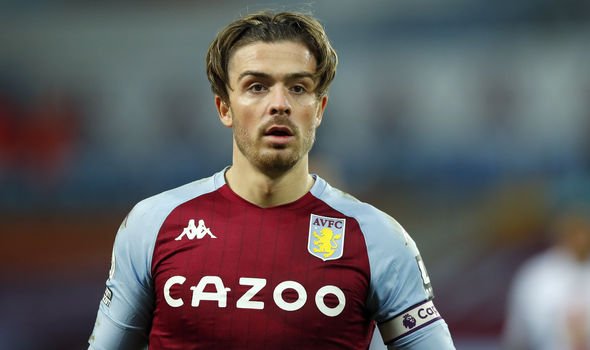 And Red Devils legend Neville thinks with the Dutchman, Pogba and Fernandes on board – the latter two who started against Villa with Van de Beek an unused substitute – there is no room for Grealish despite his sublime form this term.

That’s despite the possibility that Pogba could leave United in the summer with Real Madrid and Juventus both touted with moves for the Frenchman.

Former right-back Neville said during the first half while on commentary for Sky Sports: “I think it’s very unlikely United will go for Jack Grealish as good as he is.

“You think of Van de Beek, Pogba, Fernandes, the type of players they have.

“There’s no doubt there’s accusations some time ago about style over substance. But Grealish is now delivering on a far more consistent basis. He’s a brilliant player for Aston Villa.” 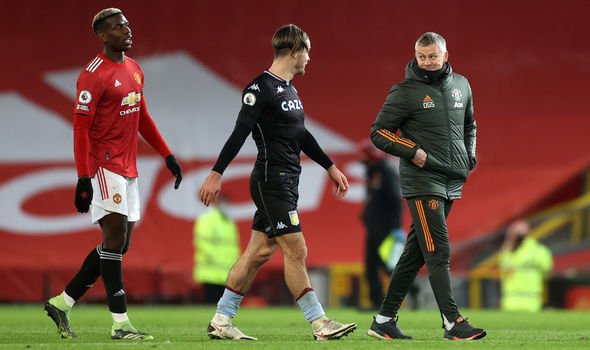 Pre-match, Solskjaer was full of praise for the Villa playmaker, who has long been linked to United but is under contract until 2025 after signing a new deal three months ago.

“I don’t want to say too much about other teams’ players but of course he’s a player we know we have to look for,” he said at his pre-match press conference.

“He’s a player for Aston Villa and England who has only improved. The goal he scored last season was a brilliant goal and we’ve faced him enough times to know it’s going to be a difficult game.”

He also said to Sky Sports a few hours prior to kick-off: “Of course you know everything about Jack Grealish, how good he is driving with the ball and getting fouls.

“But if you don’t stop him he’s a danger. That’s one of the key areas [to watch out for].”

And Neville’s former United team-mate Andy Cole, working as a pundit on the match last night, said: “I think what he’s shown at the moment and over the last few seasons, he could play for any of the top-four teams.

“I’m not being disrespectful to Aston Villa, they won’t want to lose him, he’s their talisman. Everything goes through him, he produces passes for his teammates and scores goals.

“I think we all know he’s a quality player. He’s still a young man, still learning the game, still want to improve.”