AEW World Champion Jon Moxley barely had time to enjoy his title reign in front of the fans as the coronavirus crisis kicked in just after he won the belt in February. Moxley defeated Chris Jericho at Revolution in front of a packed crowd at the Wintrust Arena in Chicago, Illinois but a month later All Elite Wrestling announced that all shows will be taking place behind closed doors as the pandemic took hold of the United States..

But that soon became the least of the 34-year-old’s problems as his wife and former WWE announcer Renee Young tested positive for COVID-19 in June.

The American grappler admitted he got scared and didn’t sleep for two whole nights worrying about Young who was heavily ill in bed.

The two-time world champion claims both he and his wife took all the necessary precautions and still couldn’t avoid the pandemic.

That is why he advises the public to heed the experts’ warnings as this is a very unpredictable virus that can affect anyone.

JUST IN: Dwayne Johnson reveals he and his family had coronavirus and takes swipe at politicians 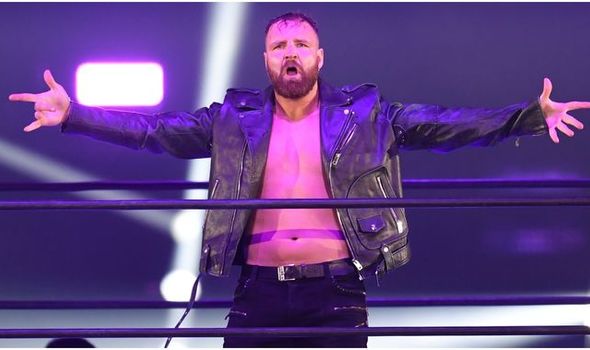 “There’s all kinds of different studies, my approach was like we don’t know. Take all the precautions and do everything [right], better safe than sorry right now.

“That kind of p****d me off because we’re being pretty diligent about taking all the precautions and not going out and kind of doing our part but it can still get anybody.”

Thankfully Young made a full recovery and returned to work in WWE until her recent departure in August, which raised questions about her future and whether she would join her husband at rival company AEW.

Moxley claims they have never spoken about linking up in Tony Khan’s promotion but insists he will support her every decision.

The ex-WWE star, though, is confident that Young, who agreed to a non-compete clause following her WWE release, will always “have some kind of a foot ” in the wrestling business.

Moxley added: “Pretty exciting right now cause her future could literally be anything – literally anything she wants it to be.

“It’s really exciting because she has so many varied interests, whether it’d be cooking or fashion or hockey or a bunch of other things. 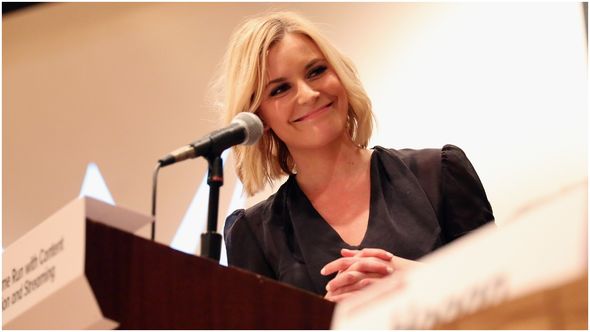 “I won’t speak for her but if I had to guess I would say she will always probably have some kind of a foot still in wrestling in some way.

“I’d assume she will always have some kind of foot in the wrestling business in one way or another.

“People are knocking down her door trying to get her to come work for them right now but I think she might just go do her own thing and create her own kind of space.

Moxley and Young met in WWE when the former competed as part of The Shield along with Roman Reigns as well as Seth Rollins, with whom he wreaked havoc on and off from 2012 until last year when he left for AEW.

The world champion is now solely focused on his new home and thus believes that a reunion with Reigns and Rollins one day in the future is highly unlikely; in fact, he has no interest in WWE or the ongoing ratings war with NXT on Wednesdays.

But considering AEW’s steady rise as well as the unpredictable nature of the wrestling business he doesn’t completely rule out a shocking Shield reunification some day in the distant future.

Moxley said: “Never say never. That’d be cool. We’re the absolute top company in the business. That’d be sick, all bets are off. 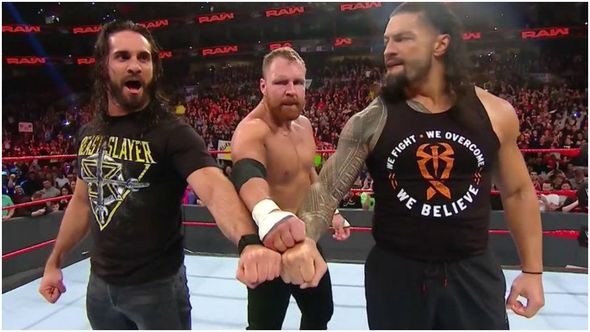 “All of this happening is so improbable anyway. All these stars had to align at the exact right time [for] The Young Bucks, Kenny Omega, Chris Jericho, Cody Rhodes and myself. We have the audience. Whether we beat NXT or not, who gives a s**t? We’re doing this before they put NXT on Wednesdays.

“We’re talking about this on my kitchen table a long-a*s time ago before they were ever gonna put NXT against us and we’re doing exactly the same thing we were talking about back then. We’re gonna create a wrestling show and it’s gonna be good, and hopefully some people watch it.

“That’s all we wanted to do, they started all this war s**t. I don’t give a f**k about any of that. I could care less. All I care about is the people that are watching.

“It’s going so well and has even survived through the pandemic and we figured out the empty-arena era and kept it going. Once we get fans back, once we start having 10,000 people in the building again it’s just gonna keep going up. At a certain point, who’s to say? This is all so improbable so far and our line is going up.

“It’s just really exciting to be part of something like this which is on the up and literally anything can happen.No matter what your question is, you always gotta give ‘never say never’. No matter how convinced you are the answer is no.”

But the future can wait as Moxley is set to defend his AEW World Championship tonight against up-and-coming star MJF at Daily’s Place in Jacksonville, Florida.

The wrestler formerly known as Dean Ambrose has the odds stacked against him as he won’t be allowed to use his devastating Paradigm Shift finisher.

However, he is confident the fans are in for a major treat as he and MJF will put together a solid wrestling spectacle.

Moxley added: “I expect it to be just a classic wrestling match. He’s an old-school styled wrestler in his young age and I’m kind of old school myself.

“And you have the juxtaposition of personalities in a good way that’s a perfect recipe for an old-school wrestling encounter.

“A couple of weeks I told him what I was going to do, I’m going to beat the f**k out of him and for me this is kind of a baptism by fire for him where he gets to show another side of himself because you don’t go into a match with me and do cute s**t and get your hand raised – you have to go and fight tooth and nail.

“He’s a true No1 contender and works at the top of the rankings, I had plenty of time to build it up and make a wrestling spectacle out of it so I am pretty excited about it.”

Despite rising standard on the field, NRLW likely to remain four-club competition in 2021