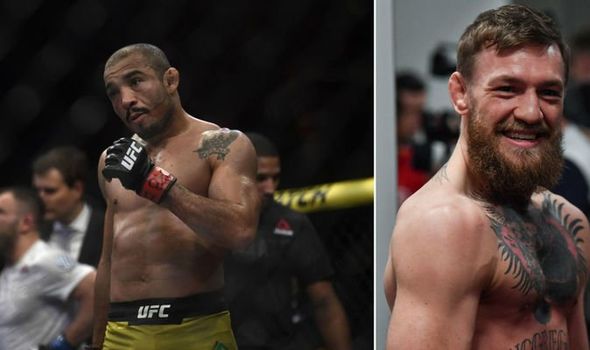 ‘The King of Rio’ was in action early on Sunday morning in the main event of UFC 237 at the Jeunesse Arena.

The 32-year-old locked horns with the in-form Alexander Volkanovski, who entered the contest fresh off an emphatic stoppage win over Chad Mendes.

It wasn’t the former two-time featherweight champion’s night, though, as he suffered a unanimous decision loss to the Aussie.

During the post-fight interviews, UFC interviewing John Anik hailed Volkanovski for his latest triumph and lauded Aldo as ‘one of the greatest featherweights of all time’.

Conor McGregor, who knocked out Aldo in 13 seconds in December 2015, took exception to that statement and proceeded to mock his old rival on Twitter.

He tweeted: “‘There goes the consensus greatest featherweight in UFC history Joe, you numpty’ — me walking by the mirror in my Jon Anik voice.”

McGregor was hit with a deluge of tweets claiming he was being disrespectful to Aldo and promptly deleted his post.

The Notorious’ deleting of tweets was mocked by current featherweight champion Max Holloway a few hours before Aldo took to the cage. 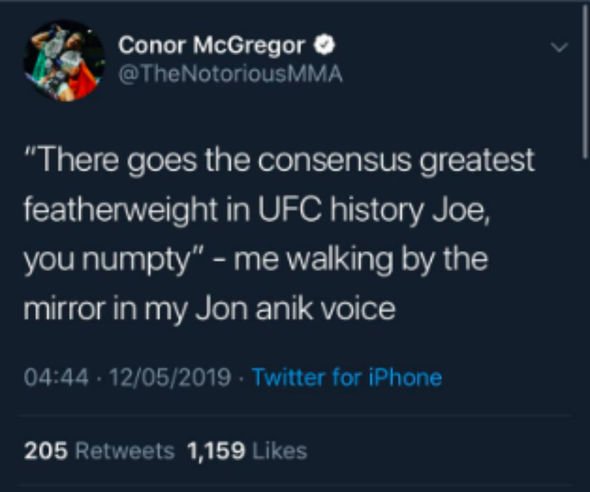 There goes the consensus greatest featherweight in UFC history Joe, you numpty’ — me walking by the mirror in my Jon Anik voice

Alongside a screenshot of McGregor’s deleted tweet mocking him for his UFC 236 loss to Dustin Poirier, Holloway wrote: “I’ll leave this right here.

“Don’t delete your tweets my bratha. I can take it.”

At this moment in time, it’s unclear what’s next for Aldo, who has one fight left on his UFC contract.

Volkanovski, however, now has his sights set on a featherweight title showdown with Holloway. 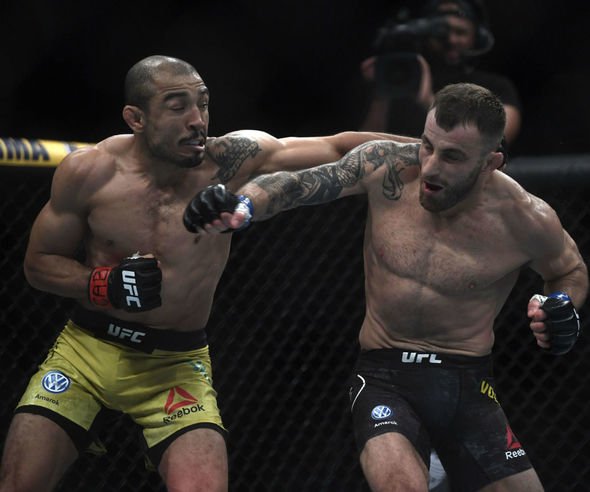 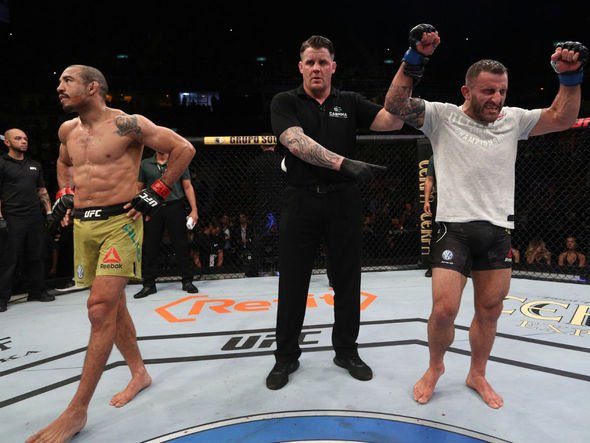 “I’m undefeated in the top three now, I should be ranked No. 1. Let’s set it up.

“I wouldn’t mind being on the same card in Australia.

“That would be a cracker of a card, let’s make it happen.”