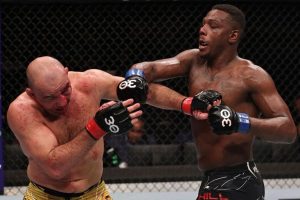 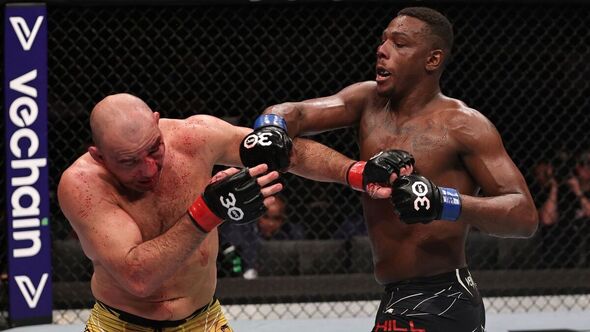 UFC 283 main eventers Glover Teixeira and Jamahal Hill were taken straight to hospital after their brutal light-heavyweight title fight. Hill came out on top and was crowned the new 205lb champion via unanimous decision with all three scorecards reading 50-44 in the American’s favour.

Both men were competing for a vacant title after former champion Jiri Prochazka relinquished his crown due to a serious shoulder injury sustained in training for his rematch with Teixeira.

The strap had been competed for previously between Magomed Ankalaev and Jan Blachowicz but after their fight was declared a draw, White clambered to make a match-up between Teixeira and Hill to settle the problem.

After a largely uneventful first round and a competitive second, Hill began to warm into the fight and started to cause his adversary real problems. During the third stanza, he rocked Teixeira with a left high kick before sending him to the canvas with his follow-up shots.

But the crafty veteran survived the onslaught and never stopped pushing the pace throughout. In rounds four and five, Hill continued to find a home for his left head kick and right straight as Teixeira went in pursuit of takedowns.

A nasty cut above Teixeira’s left eye continued to worsen throughout the fight and by the end of the contest the Brazilian had several deep lacerations on his face while Hill showed a lot of swelling as well.

Both men were taken to a local Rio De Janeiro hospital for safety precautions post-fight meaning they were absent from their press conference. But the pair got their time on the mic inside the cage.

“From where I came from to get to this, it’s unreal,” Hill said. “Anything is possible, hard work, dedication, accountability, don’t let anybody tell you nothing. Too many people told me I couldn’t do it was impossible, that I could only win in one round and I couldn’t to go five, what the f*** you gonna say now?

“The dude is tough as bricks, I don’t know anybody who would have been willing to take the punches I was throwing and keep going. I heard the referee saying ‘keep fighting’ and I was like ‘damn it, he is’. He didn’t stop [fighting] the whole time and it was just an honour to share the cage with him.”

Meanwhile, Teixeira opted to retire from MMA after an incredible 21 years in the sport. “In reality, I think I’m too tough for my own good, too tough for my own health,” he said. “I can’t keep up anymore. I’m gonna focus my energy on Alex Pereira. He’s gonna keep his belt for a while then go up to light heavyweight.

“It’s an honour to put the gloves down on the same night as Shogun [Rua] I wish we were in the Royce Gracie era where you just go no rounds and keep going. But we’re not, and I just can’t keep up anymore.”