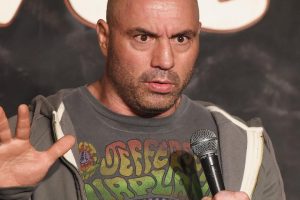 Joe Rogan has back-pedalled on his claim that healthy young people don’t need to get vaccinated against COVID-19 — insisting he’s “not an anti-vax person.”

On his popular podcast Joe Rogan Experience, the 53-year-old comedian downplayed his own credibility after his comments sparked outrage on social media and a response from Dr. Anthony Fauci.

“I’m not a doctor, I’m a f**cking moron,” Rogan said. “I’m not a respected source of information, even for me … But I at least try to be honest about what I’m saying.”

He clarified that the comments made on his podcast last week — that young, healthy people don’t “need to worry about ” getting the shots — didn’t stem from a belief that vaccines are dangerous.

“I’m not an anti-vax person,” he said. “I said I believe they’re safe and I encourage many people to take them. My parents were vaccinated. I just said that if you’re a young, healthy person that you don’t need it.”

He added that he was scheduled to get a Johnson & Johnson jab before it was put on pause by the authorities earlier this month.

Rogan also acknowledged claims by the nation’s top infectious disease expert Dr Fauci and the White House that his comments were incorrect — but stopped short of admitting he was wrong.

“You’re talking about yourself in a vacuum,” Dr Fauci said. “If you want to only worry about yourself and not society, then that’s OK. But you’re saying to yourself, ‘Even if I get infected, I could do damage to somebody else even if I have no symptoms at all,’ and that’s the reason why you’ve got to be careful and get vaccinated.”

In the offending episode, the UFC commentator said it was “crazy” that people were considering getting their children vaccinated.

“If you’re a healthy person, and you’re exercising all the time, and you’re young, and you’re eating well, like, I don’t think you need to worry about this.

“We’re talking about something that is not statistically dangerous for children. But yet people still want you to get your child vaccinated, which is crazy to me.”

Rogan’s comments go against guidelines from the Centers for Disease Control and Prevention, which specify that vaccinations are safe for everyone over the age of 16.

This article originally appeared on the New York Post, and is reproduced here with permission.