Molly McCann opens up on rising popularity alongside Paddy Pimblett 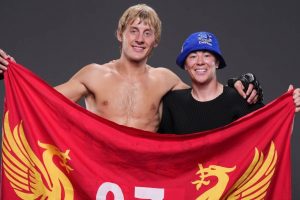 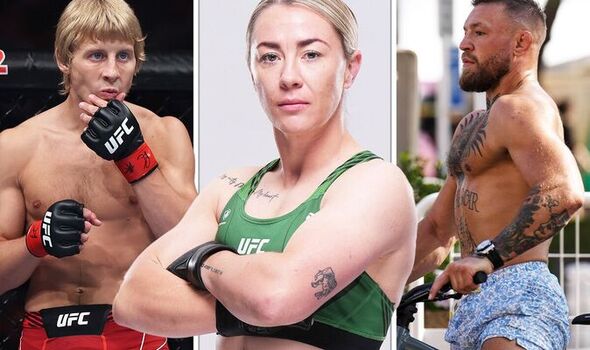 It’s been an incredible 12 months for Molly McCann as she hopes to round off 2022 with a statement victory over a top-ranked opponent fighting at Madison Square Garden this weekend. McCann will feature on the UFC 281 card in New York City fighting at MSG – just as her idol and relative Katie Taylor – the two share a Grandfather – had done earlier this year, as McCann will face Erin Blanchfield in what will be her toughest fight of her career to date.

Just over 12 months ago, McCann’s UFC career could have been in jeopardy as she went into a fight in Las Vegas on the back of two defeats. But McCann secured a much-needed win over Ji Yeon Kim, on the same night that her close friend, training partner and fellow Liverpudlian Paddy Pimblett made his UFC debut with a statement KO over Luigi Vendramini.

McCann then fought on two UFC London cards, again alongside Pimblett, as she would win both fights with the same spinning back elbow, knocking out her opponents in sensational style. Along with their statement victories, it would be McCann and Pimblett’s likeable, down-to-earth personalities which would see them rise to stardom – signing with American media company Barstool Sports.

The two have earned comparisons to Conor McGregor, who had a similar quick rise to stardom after a number of highlight knockouts. Like McGregor, who made his love for his home country Ireland a part of his persona, McCann has done the same with Liverpool – something she believes has helped her get to where she is today.

McCann told Express Sport: “For me and Paddy, we fight for our people and that spurs you on, it really spurs you on. It’s not that we fight and we’re not spurred on, because we’re fighters and this is what we do, but it makes you feel special and you’re fighting for a higher purpose when you fight for others.

“Not just in the north west, but even when I go back to Ireland and see all my family, I was in Dublin the other week and people were hanging out of their cars trying to get pictures with me – it’s mad!”

McCann also spoke about her pride at being admired as a female fighter, something that hadn’t been the case up until recently. The UFC star discussed how the sport has changed since the likes of herself, Katie Taylor, Ronda Rousey, Amanda Nunes, Valentina Shevchenko and many more have elevated women’s combat sports over the past few years.

She said: “Men receive that sort of love all the time (for their sporting achievements) but I haven’t seen it or felt it for women – so to receive this type of support is nuts, it’s amazing. It can be hard though, it can be hard to live up to, because you can’t have a bad day and you can’t be off with a fan who is coming to meet you. It’s a lot of pressure to put on myself, so I would say that 80% of it boss and 20% is heartbreaking. But I just get on with it.”