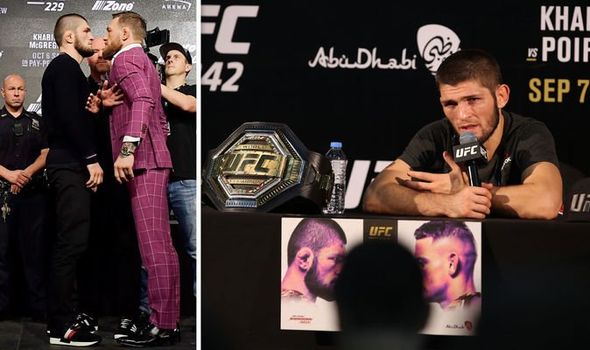 Khabib Nurmagomedov is not quite ready to bury the hatchet with Conor McGregor.

Over a year has passed since the pair locked horns with one another at UFC 229 in Las Vegas, and the bad blood between them still hasn’t dissipated.

In the 12 months since Nurmagomedov retained his lightweight title with a fourth-round submission, McGregor has done his utmost to goad the Russian into a rematch.

His attempts to land a shot at redemption have included multiple tweets boasting about punching Nurmagomedov’s cousin during the brawl which followed their grudge match and several mocking the lightweight king’s team.

The recent actions of ‘The Notorious’ – coupled with his controversial pre-fight trash talk in the build-up to UFC 229 – continue to rub up Nurmagomedov the wrong way, so much so he won’t accept a truce with the Irishman until he apologises for transgressions.

“I’m not ready to shake his hand right now,” the Dagestan native said of McGregor. “Everyone makes mistakes. There are no perfect people, everyone has flaws. I have flaws and so does he.

“When a person continues to behave this way, it means that it’s his nature. We saw that he recently [allegedly] hit a 70-year-old man. 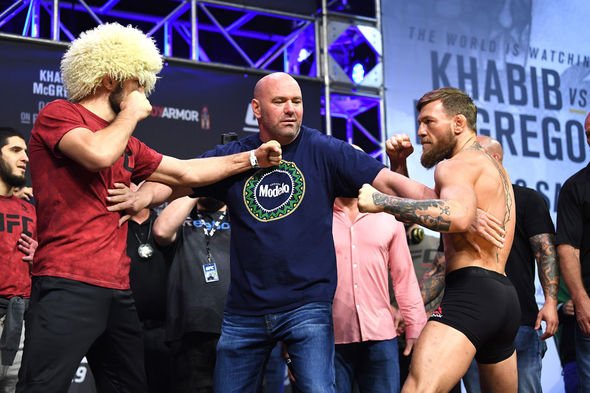 I’m not ready to shake his hand right now

“It shows a lack of morality and manners. So I’m not ready to shake his hand until he realizes something.”

Should McGregor make a concerted effort to apologise to Nurmagomedov, his successor at the summit of the lightweight division will accept his acknowledgment of wrongdoing.

He added: “Apologies always have to be accepted, no matter what he said. If a person apologizes and accepts his mistakes, we have to excuse him.”

As for a rematch with the Dubliner, Nurmagomedov insists he’s done with that chapter of his life and no longer has anything to prove in that regard. From a fighter’s point of view, [the McGregor rivalry] is a thing of the past,” he said. 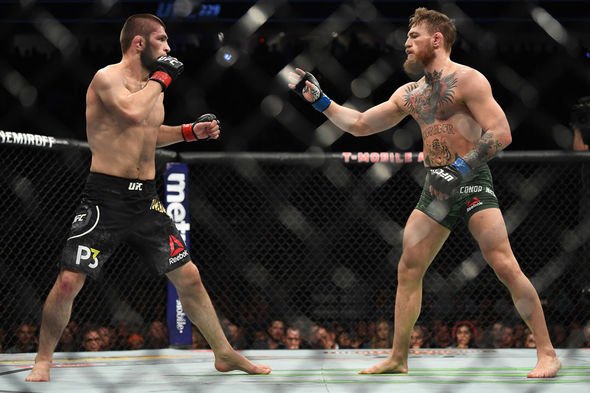 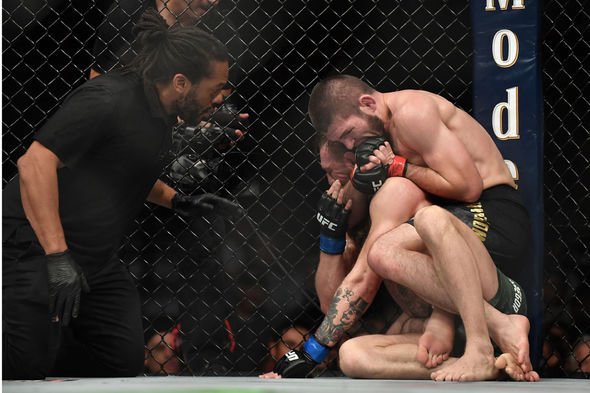 “I have nothing to prove. But he has something to prove. We know he does. There’s a lot of businessmen here and I think most of them will tell me to fight him because it’ll bring money. I’d fight all the main contenders first, and I could fight him to benefit my agricultural projects.

“Conor has to come back (and) stop hitting old people. He is a professional fighter. He should come back, win, earn his place and get in line.”

Nurmagomedov was last in action in September at UFC 242 in Abu Dhabi, where he successfully retained his lightweight title with a third-round submission victory over Dustin Poirier.