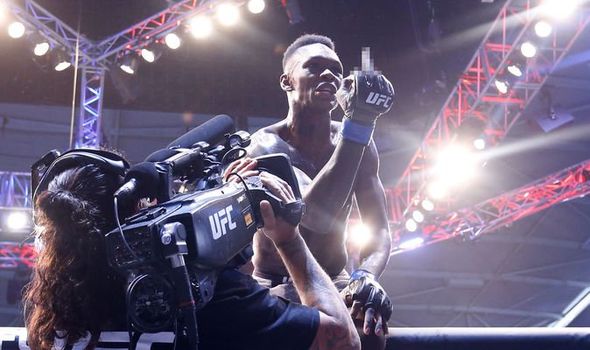 Adesanya claimed the undisputed middleweight title with an emphatic victory over Robert Whittaker in the main event of UFC 243 in Melbourne, Australia.

In front of a sold-out crowd at the Marvel Stadium, Adesanya ended Whittaker’s reign with a scintillating second-round knockout victory

Next in line for the New Zealander is a Brazil’s Costa, who he’s been engaged in a war of words with.

And moments after becoming Africa’s second undisputed UFC champion, Adesanya scaled the Octagon and stuck up his middle fingers at the Brazilian.

Costa remained calm and didn’t return fire with any obscene gestures of his own. But deep down he’ll be fuming with his future opponent’s latest taunt.

Adesanya was over the moon with his performance and couldn’t contain his delight in his post-fight interview.

“I was in the nosebleeds, now I made his nose bleed,” he said. “He threw everything we expected. We had everything from his plan A to C and we had it up to Z. I can take it and I can give it back. I don’t like getting hit, it’s stupid getting hit, but I’m tough. Me and my team are real smart. Marvel comics we’ve got to do something after this.” 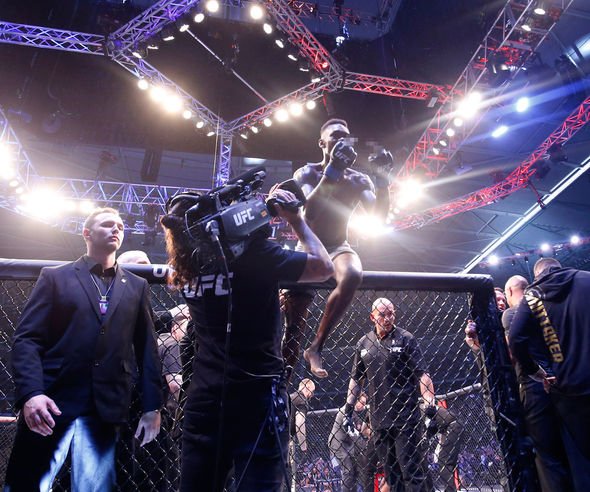