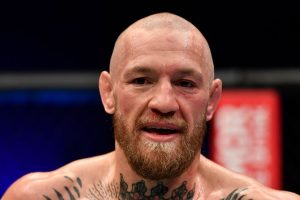 Conor McGregor “looks a little bit hollow” these days as he no longer knows what motivates him, says UFC lightweight star Beneil Dariush.

McGregor was knocked out for the first time in his career back in January, coming unstuck in his highly-billed rematch with Dustin Poirier at UFC 257.

The Irishman then suggested he is lacking motivation in his post-fight interview by saying: “I don’t even know whether I’m that upset, I don’t know. I don’t know what to say.”

And Dariush, who is set to take on Tony Ferguson at UFC 262, believes his fellow UFC star doesn’t know what makes him hungry in the spot anymore. He said in an interview with ESPN: “It’s about hunger, man. I always talk about it.

“For me, as an athlete, I have God-given talents. So I want to multiply those talents and give them back to God. And that well never runs dry. I always have something in that well.

“For him, it seemed like first, it was to make money. Well, you made that, so that well is dry.

“I don’t know what makes him hungry. When you can’t see a man’s motivation, I think he looks a little bit hollow.

“And I think I’m seeing that in Conor right now. He looks a little bit hollow because he doesn’t know what he wants.”

McGregor is UFC’s most successful pay-per-view star of all time, raking in a staggering £15million while fighting for the promotion.

He also crossed over into boxing for a lucrative showdown with Floyd Mayweather back in August 2017, which earned him an eye-watering £22million.

The Notorious is gearing up for a pivotal rematch with Poirier on July 10, with the score between them locked at 1-1.