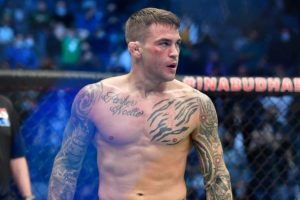 Dustin Poirier has stressed that his proposed trilogy fight with Conor McGregor should not be for the UFC lightweight championship, claiming that the Irishman does not deserve another shot at success. The pair clashed in the Octagon for the second time at UFC 257 in Abu Dhabi, with Poirier avenging his initial defeat seven years ago with a resounding win over a lacklustre and one-dimensional McGregor.

The former two-time champion was hurt in the opening round by his opponent’s ferocious leg kicks, before the bout was stopped in the second round after a flurry of unanswered punches ended McGregor’s hopes of a successful return to the sport.

He was making his first appearance in the UFC since sealing a comfortable victory over Donald ‘Cowboy’ Cerrone in January of last year.

Meanwhile, Poirier has seen his stock rise since last month’s event, with the American tipped by many to be handed the opportunity to fight for the lightweight title in the near future by UFC president Dana White.

Although he has previously underlined his ambition to become champion, he is not prepared to face McGregor for the lightweight strap as a result of his inability to win fights since leaving the featherweight division behind.

Poirier told The Joe Rogan Experience that a world-class contender like Charles Oliviera would be far more deserving of a shot at glory.

JUST IN: McGregor urged to quit UFC to beat Pacquiao in boxing showdown 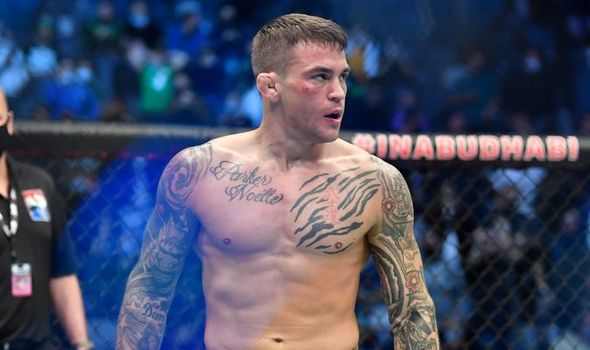 “No, I don’t think [McGregor should fight for a title],” Poirier said. “Conor’s been away so long. His last two fights at 155, he’s lost. So you can’t put him in there for a title fight.

“How could you justify doing that when you have guys like Oliveira?”

Poirier has been heavily tipped to face the Brazilian for the lightweight belt after the McGregor trilogy is over, with both fighters aiming to succeed retired champion Khabib Nurmagomedov as the king of the division.

‘The Diamond’ remains keen to allow McGregor a shot at redemption before chasing the title, but has predicted another tough evening for the Dublin-born contender. 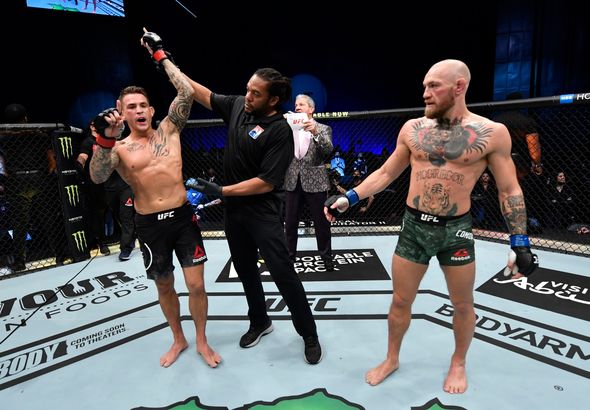 Poirier claimed that his opponent will once again struggle to deal with his leg kicks, despite the claims of coach John Kavanagh that it will be an area of concern during the Irishman’s preparations for the fight.

“It’s not a lot of time to adjust or work on what he needs to work on for the calf kick, or whatever I want to switch up,” Poirier explained. “Getting right back in camp without really evolving outside of training camp.

“For me, I learn things inside of training camp because it’s just constantly under pressure.

“But it’s outside of training camps, times like right now where I’m in the gym having fun rolling and doing light kickboxing drills with my friends, where I feel like the big gains are made, when I’m having fun.

“It’s fighting. He’ll make adjustments. It’ll be a completely different fight, like the first one and the second was different. 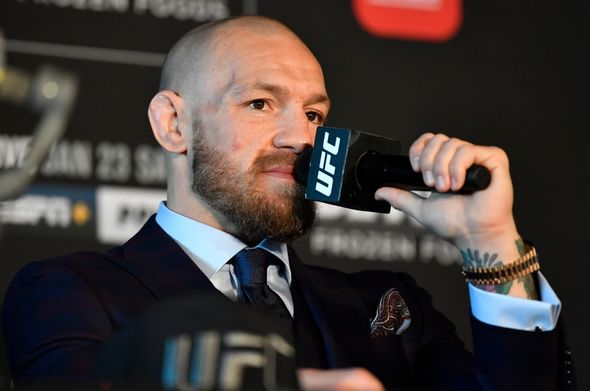 “The third one is going to be different, as well, because I’m going to make adjustments, as well. I’ve got to switch it up and keeps things fresh and keep him guessing.”

Poirier also stressed that completing the trilogy with McGregor remains at the top of his schedule for 2021, claiming that the fight makes sense both financially and in a competitive sense.

“We’re trying to structure the right deal, and when that happens, the fight will be on, until then, we’ll see,” he said.

“I think the trilogy makes a lot of sense and a lot of money. So we’re just trying to get the right deal structured and see what the timeframe is.”