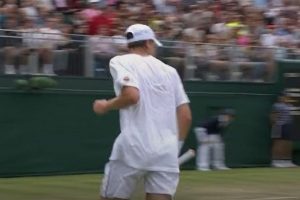 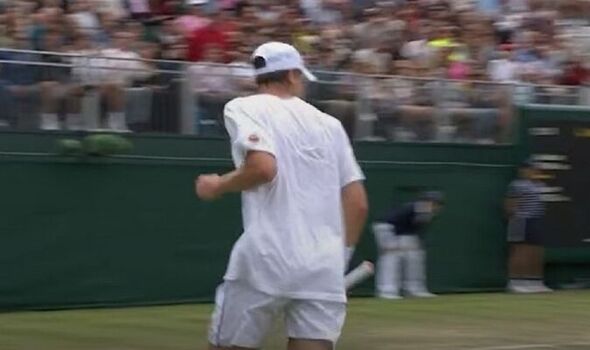 Alastair Gray was left embarrassed as he celebrated what he thought was a winner during his second set tiebreak against 11th seed Taylor Fritz, only to leave the court wide open for the American to win the point and take a two-set lead. The 24-year-old Brit is making his Grand Slam debut as a wildcard this year.

Gray is playing the first Grand Slam tournament of his career after being awarded a main draw wildcard for Wimbledon this year. The world No 288 earned a win on his debut over Tseng Chun-hsin and is facing a tough test in Taylor Fritz in the second round, with the 11th seed fresh off of winning his second Eastbourne title.

The 24-year-old lost the first set but took a 5-2 lead in the second before blowing it to find himself in a tiebreak. And the American raced to a 6-1 lead in the breaker, as Gray saved two before Fritz had the chance to serve for the set himself.

The British wildcard ran to the net and hit what he thought was a winner, turning his back and celebrating with a fist-pump as the crowd cheered, but he didn’t realise he had left the court wide open for Fritz to dive for the ball and hit a winner, earning himself a two-set lead.

JUST IN: Nick Kyrgios kicks off at umpire during Wimbledon second round 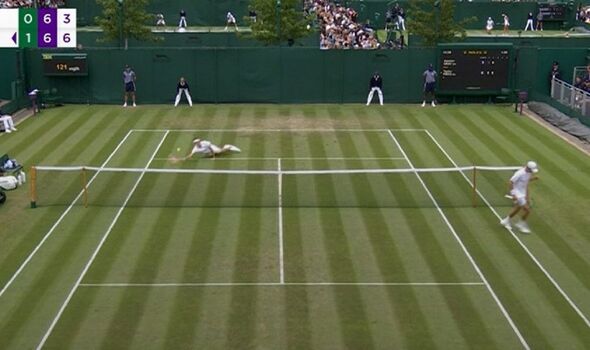 After stealing the point with a diving winner, Fritz sat on the court in a splits position and fist-pumped as he took a 6-3 7-6(3) lead. And this year’s Indian Wells champion wasted no time in finishing off the job, taking the final set 6-3 for a straight-set victory over Gray to advance to the third round.

Despite crashing out of singles, Gray will still be in action later on Thursday as he joins the breakout player of the grass season – Ryan Peniston – in the doubles. The pair have revealed they are hoping to rent a home together around the Wimbledon area after the tournament. 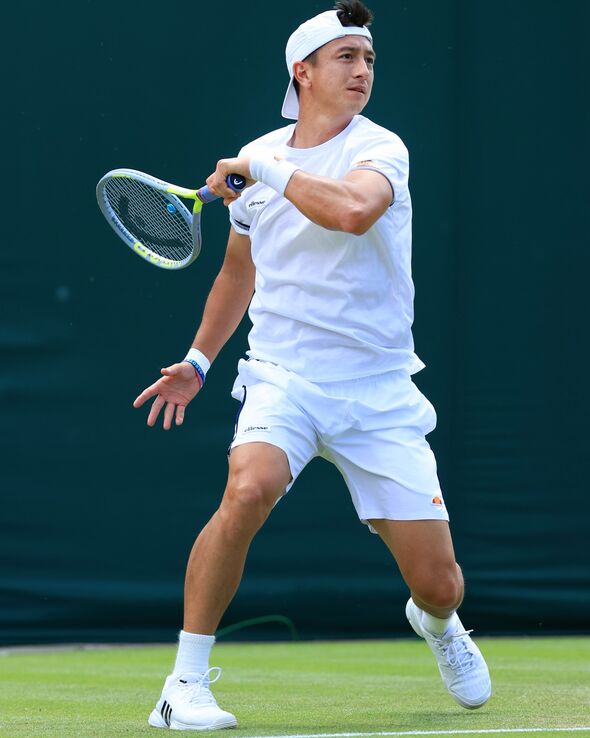 “Ryan and I are great friends, training partners. We have the same coach. So to be going through this with him is just amazing. Pretty cool, yeah,” Gray said after his first-round win. Speaking about their hopes of finding a place together, he laughed: “We were thinking about renting, yeah. Something around this area would probably be a bit of a box.

“But, yeah, we’ll see. Hopefully win a couple matches, then maybe we’ll be able to get something a little bit bigger.”