Unvaccinated players BANNED from Australian Open; Djokovic is a doubt 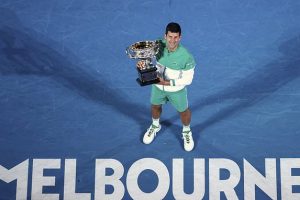 World number one Novak Djokovic and all other players will have to be vaccinated against COVID-19 to play in the Australia Open next January, tournament chief Craig Tiley said on Saturday.

Djokovic has declined to disclose whether he is vaccinated and said that he would await until Tennis Australia revealed the health protocols before he made a decision about playing at Melbourne Park.

‘We would love to have Novak here, he knows that he’ll have to be vaccinated to play here,’ Tiley told reporters at the tournament launch. 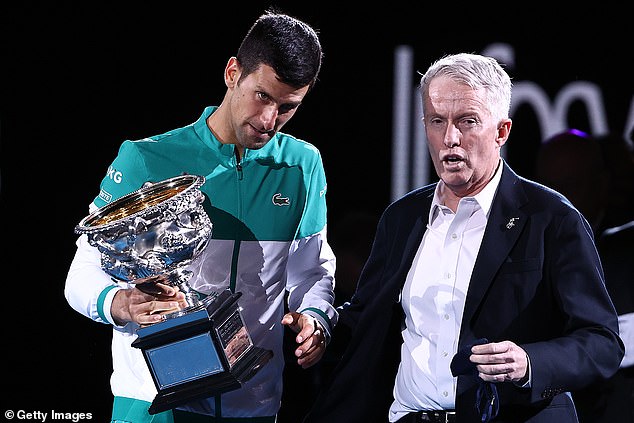 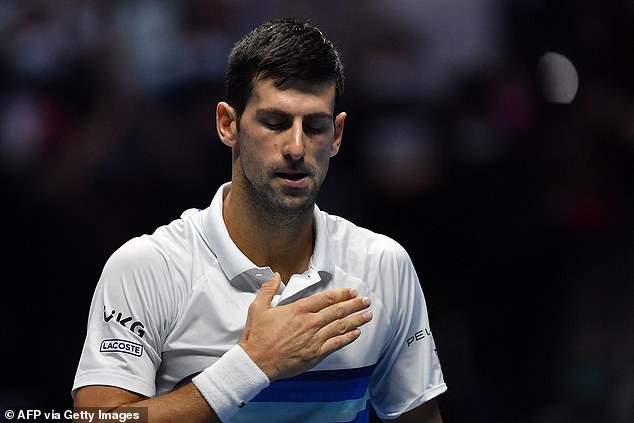 The vaccine-sceptic Serb has repeatedly refused to confirm his vaccine status, instead insisting he will not be forced to have the jab and emphasising his individual freedom of choice.

Last month the 34-year-old said he was unsure if he would defend his title in Australia, ‘things being as they are’.

He told reporters in Turin at the ATP Tour Finals: ‘Freedom of choice is essential for everyone, whether it’s me or somebody else.

‘Doesn’t really matter whether it’s vaccination or anything else in life. You should have the freedom to choose, to decide what you want to do. In this particular case, what you want to put in your body.’

Melbourne has had the most cumulative days locked down of any Australian city since the coronavirus pandemic began. Victoria’s Premier Daniel Andrews said he would not apply for permits to allow unvaccinated athletes to enter the country.

During the last Australian Open in February, Melbourne was plunged into a snap five day lockdown. The grand slam continued behind closed doors.