Home » Tennis » Seb Korda hopes to follow in his sister, Nelly’s, footsteps by winning a major title as he prepares for the US Open

Seb Korda hopes to follow in his sister, Nelly’s, footsteps by winning a major title as he prepares for the US Open 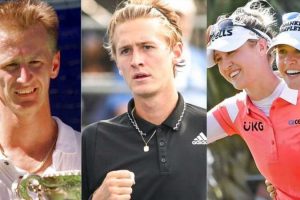 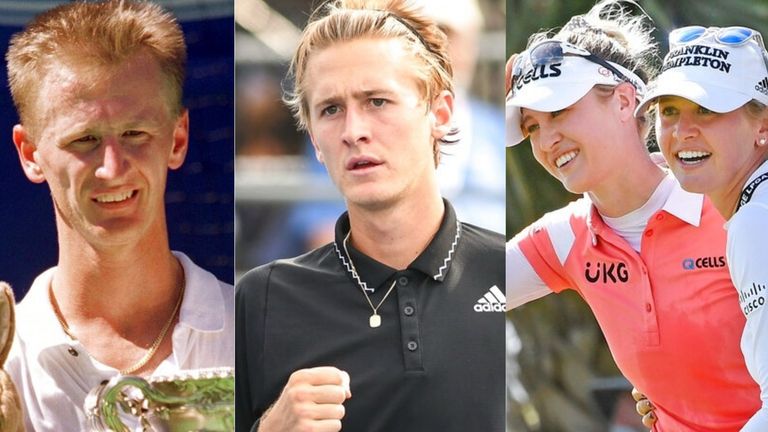 Nelly and Jessica are two of the best golfers in the world, but for Seb it’s all par for the course. Not only is he proud of his siblings’ achievements, but he wants to emulate them on a tennis court. Can he follow on from Wimbledon and make a breakthrough at the US Open?

It has been quite a 2021 for the tennis ace. Not only did he collect his first ATP title with victory on clay in Parma earlier this year but he has stormed up the rankings 74 spots to world No 45.

This is just the beginning for the 21-year-old from Florida. He also produced an encouraging run to the fourth round at Wimbledon this summer – beating Britain’s Dan Evans along the way.

The youngest of his siblings, Seb is not only talented on the court, but he also enjoys a penchant for golf with a handicap of +2.

“I can play some good golf,” smiled Korda when speaking to the press at the Western & Southern Open. “I know there is a couple of guys on tour, I know that Casper Ruud, he’s around a 2, and I think Jack Sock said he’s around a 2, as well. We’d have a pretty good match if we played.”

He’s been taking tips from his sisters, especially Nelly, who won her first major at the KPMG Women’s PGA Championship to become the new world No 1.

The 23-year-old followed it up with an Olympic gold medal in Tokyo to cement her status as the dominant force in the women’s game. 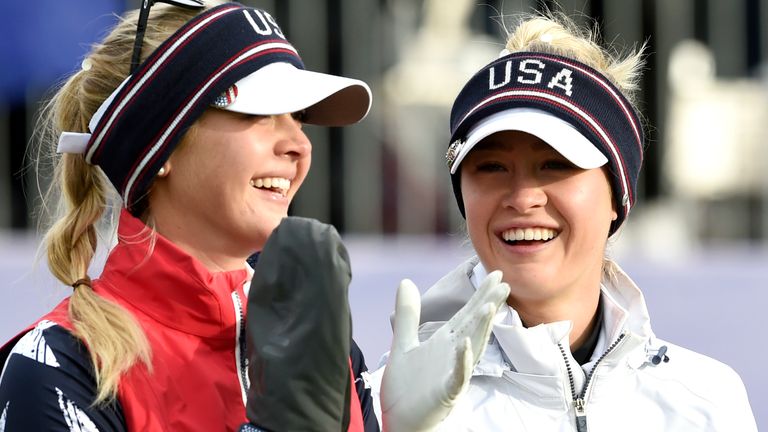 She was an automatic qualifier for the Solheim Cup, with Jessica also making it on Team USA for the much-anticipated competition which gets underway on September 4 at Inverness Golf Club in Toledo, Ohio – you can all watch the drama unfold, live on Sky Sports Golf.

Big sister Jessica, 28, has been at Nelly’s side throughout her career, offering guidance and playing the role of her No 1 fan.

After Nelly won Olympic gold with a tense one-stroke victory, Seb called her the next day and said she was “really pumped up”.

“It was crazy,” he said. “I was in Washington, DC, at the time with my girlfriend, and right before the rain delay hit, I was, like, Oh, no. It was already midnight and I was playing doubles the next day. But I went to bed for like 30 minutes and woke up just in time to finally watch them restart.

“I always knew she would have it in her, and I know how tough she is in certain situations. I know how she always prevails whenever she has a challenge like that in front of her.”

Seb regularly plays nine holes down his local golf club, which is located just a couple of minutes away from the Korda family home.

There’s a lot of self-adulation going on when it comes to his golf swing.

Seb’s father is a former world No 2 who is famous for winning the Australian Open in 1998 and reaching the 1992 French Open final. He’s now coaching his son alongside Andy Roddick’s former coach, Dean Goldfine.

He is also being mentored by former world No 1 Andre Agassi – an eight-time Grand Slam champion.

“He always tells me whenever I play like a big match or something to always enjoy it, and whenever I’m playing a tournament for the first time, to really enjoy it,” Seb told the official ATP website when asked about Agassi.

There’s lots of talk around the Kordas, but Seb says his mother, Regina, who peaked at No 26, is his true inspiration when it comes to his success on the tennis court.

“My mum is probably the person who has shaped all of my strokes and everything, because when I switched over from hockey to tennis when I was 10 or 11 years old, my dad was traveling with my oldest sister on the LPGA Tour when she just turned professional. She was 17,” explained Seb.

“I was spending all the time on court with my mum. She basically taught me how to play tennis in a way, because she moulded my game to what it is today, and I’m really thankful for that.

“I feel like I have a different game compared to everybody else. She was probably one of the biggest if not “the” biggest influences in my game.”