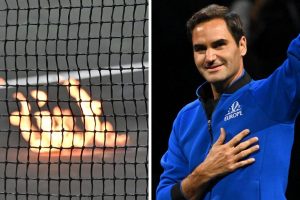 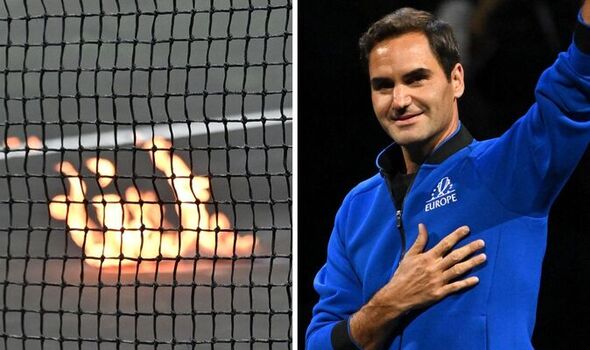 Roger Federer has officially blown out the candles on his illustrious 24-year career but his final moment in the spotlight was almost overshadowed by another fire altogether. Midway through Stefanos Tsitsipas’ match with Diego Schwartzman, a protester broke onto the court and set himself on fire before being dragged off by security.

All those in attendance were in shock and it was the talk of the arena for a few hours and threatened to eclipse the main event later in the evening. But the extinguishing of Federer’s flame was always going to be the dominant storyline of the day and that proved to be the case.

The O2 was sold out with hundreds more packed outside in the fan zone trying to catch a glimpse of Federer in action. Dozens of Swiss flags were flown while many had the symbol painted on their faces and many more donned the famous ‘RF’ hat to show their support for the 20-time Grand Slam champion.

Federer’s popularity has transcended tennis to the point that the men’s game looks completely different to when he burst onto tour back in 1998. The unpolished diamond back then was, by his own admission, erratic and often impatient, but soon matured into the model professional that has gained him millions of fans all over the world. 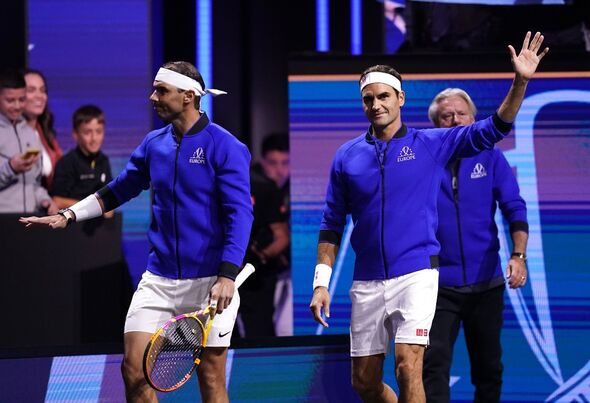 Rafael Nadal has always spoken glowingly about Federer’s impact on his own game and the respect has been mutual between the two great rivals. Their friendship has captivated tennis fans and the doubles match in 2017 was a pure celebration of excellence.

They may have lost some of that sparkle and sharpness to their game from five years ago, but time has arguably increased their star power and appeal with millions tuning in all over the world.

Federer even still managed to do something he probably never did in his entire career during the first set with a near-impossible shot through the corner hole of the net for a forehand winner. The elegant backhand was still there and his serve was still as dominant as ever, but it was that competitive spirit that will likely never leave Federer that was more evident than ever.

While the Laver Cup is an official ATP event, the result of Federer and Nadal’s doubles match paled in significance to the actual moment. Watching Federer on a court one final time, with that effortless one-handed backhand and still floating around a court even on a busted knee, will never get old.

The entire O2 arena was upstanding to give Federer the send-off he fully deserved with tears flowing both on and off the court. Just like conducting an orchestra, Federer’s final wave goodbye drew one last cheer from the packed O2 crowd before he disappeared into the tunnel, and with it came the realisation that it will never happen again.

His last dance. The perfect ending to what has been one of the most iconic careers in sporting history.