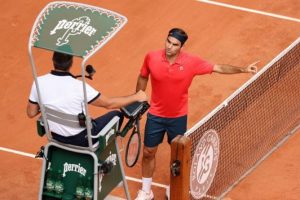 Roger Federer showcased his fighting spirit against Marin Cilic in his biggest win since coming back from a 13-month injury lay-off. Competing in just his fifth match since returning to action back in March, Federer was coming up against arguably his toughest match.

Cilic may not be the player he once was, but he has competed in two Grand Slam finals against Federer in the past and was always going to be a challenge.

That didn’t appear to be the case in the first set though as Federer dominated his opponent all over the court.

Federer’s service game was untroubled and his trademark backhand had Cilic scampering.

But the match was turned on its head in the second set as Cilic quickly broke out to a 3-0 lead. 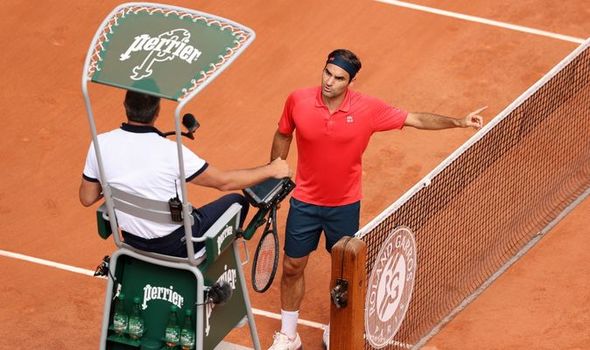 Federer was unable to find an answer to Cilic’s resurgence and then tempers soon flared on the former’s side of the net.

Cilic had been calling on the umpire to give Federer a time violation for supposedly being too slow between points.

The match official soon obliged and handed Federer a warning, sparking a heated debate at the net.

The exchange appeared to fire Federer up, but Cilic rose to the challenge to tie the match at 1-1.

That set up a fascinating third set and Federer drew first blood to take an early lead, but Cilic refused to back down as he broke back.

A tiebreak was going to decide which way the match would swing and Federer showed his class in barely putting a foot wrong to take the decisive set.

Losing the third set appeared to take it out of Cilic, giving Federer all he needed to get the match won in the fourth.

He now faces Dominik Koepfer in the third round and remains on course to face Novak Djokovic in the quarter-finals.

But a potentially difficult fourth-round clash with Matteo Berrettini could await with the Italian taking on Kwon Soon-woo.