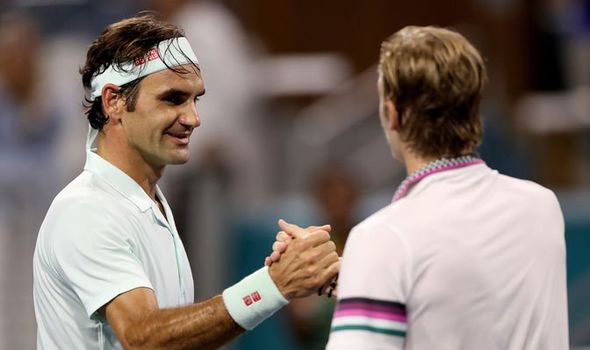 The Swiss icon was in blistering form as he swept past Shapovalov in an hour and 13 minutes in their first ever meeting.

Federer was utterly dominant and won the first set in 36 minutes despite the first game taking 10 minutes alone at the Hard Rock Stadium.

The Canadian has openly admitted how much he idolises Federer and seemed to struggle to adjust to facing him for the first time.

Shapovalov showed signs of resistance early in the second set but the 20-time Grand Slam champion was soon back on top after breaking the 19-year-old in the third game.

From there on, Shapovalov was simply extending the inevitable and Federer secured the 50th Masters 1000 final of his career, in which he will face John Isner on Sunday.

A three-time champion in Miami, Federer has now reached three successive finals on the ATP Tour having won in Dubai and lost at Indian Wells.

And at 37 and still going as strong as ever, Federer admits it gives him more motivation when he faces the tour’s up-and-coming Next Gen prospects.

He joked in his on-court interview: “Yeah to some extent. I told my daughters before I walked out that he [Shapovalov] wasn’t even born when I started playing on the pro tour already. 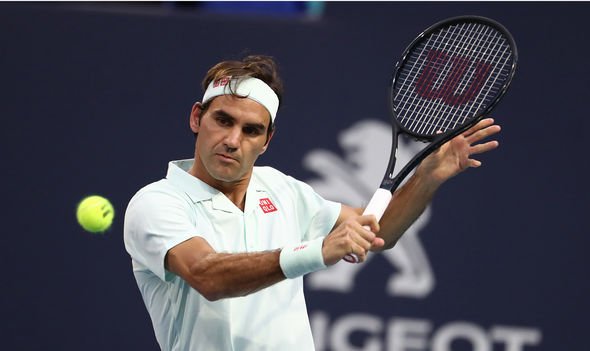 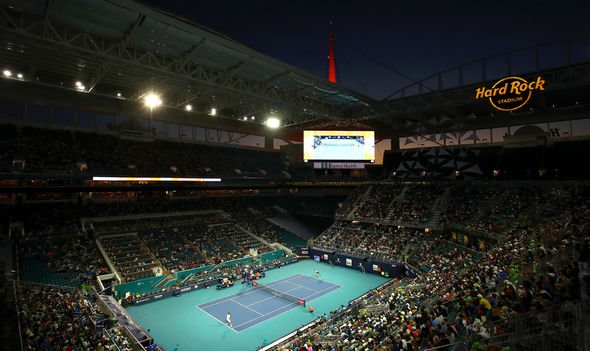 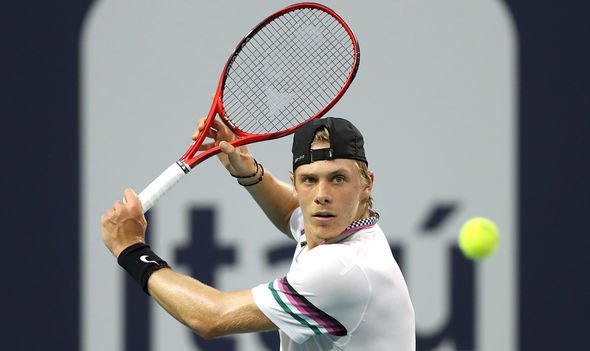 It definitely gives me an extra pep, no doubt about it

“They were like, ‘What? Hold on a second.’ They did the calculations and were like, ‘So this guy’s really young. I was like, ‘Yeah I’m really old.’

“It’s all good. It definitely gives me an extra pep, no doubt about it.”

Analysing how he saw off Shapovalov so comfortably, Federer classily declared that the teenager – who will move up to No 20 in the ATP rankings next week – will only get better from this experience.

He added: “The first game definitely helped me to get a bit of a read on his serve. He’s got a nice swinger, a nice kicker, a real elastic arm.

“It was a good first game for me and I played really good today.

“Not that simple to come out and play good against a lefty right away but it worked tonight and I needed it because Denis is a great player already and he will be even better in the future.” 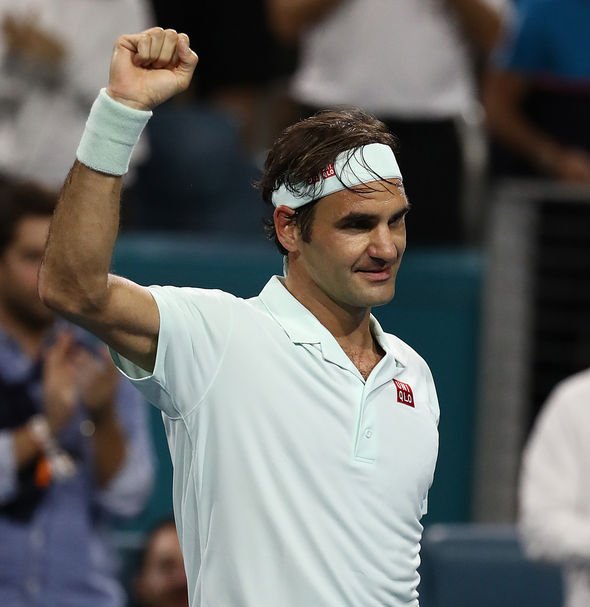 Federer was on the cusp of breaking Shapovalov in the very first game but was held to six deuces before the Canadian held on.

Asked whether that frustrated him at all, Federer explained: “I still took it as a positive that I came out of the blocks well. I protected my serve after that at 1-1, felt like I was a bit closer.

“I know it doesn’t mean much but the feeling sometimes is crucial too. I did some minor adjustments, knowing when to come over, when to chip and how to play off the baseline.

“I think it was quite a tactical match from me, I’m not sure. I’m happy how I was able to play in variation today and I had to because he’s got the power obviously.”