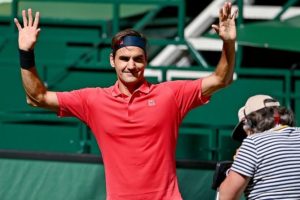 Roger Federer was delighted with his game in beating Ilya Ivashka in the opening round of the Halle Open to begin the grass-court season. The former world No 1 withdrew from the French Open last week to give him time to prepare for the Halle Open.

It’s a tournament Federer has had huge success at over the years having won 10 titles.

His last came in 2019 when he defeated David Goffin in the final, but there are different expectations heading into this week.

The 39-year-old is still building up his match fitness with the main aim trying to build up some form ahead of Wimbledon later this month.

Federer is in a tough draw as well as he could face No 1 seed Daniil Medvedev in the quarter-finals. 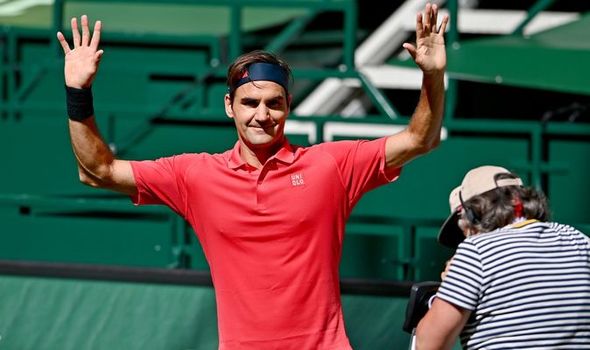 The 20-time Grand Slam champion isn’t thinking that far ahead as of yet though and admitted to having some “nerves” on his first competitive match on grass in two years.

“We can’t compare it to the clay courts,” he said.

“You’re not going to get those rallies you’re maybe looking for or you may get more service winners or aces.

“You can get your opponent guessing much more on the surface in return games than any other surface, especially on a grass court like here in Halle.

“I had a tough moment in the first set when he had a break point so that was crucial to get out of those and then I played a really good tiebreaker which I was happy about.

“I think as the match went on I started to create more opportunities and started to calm my nerves a little bit so overall I think I served very well.

“Clearly it can always be a little better but I’m happy and excited that I was able to get through the first one.”

Federer had over a year out of action as he recovered from double knee surgery, but he insists that he feels fit now. 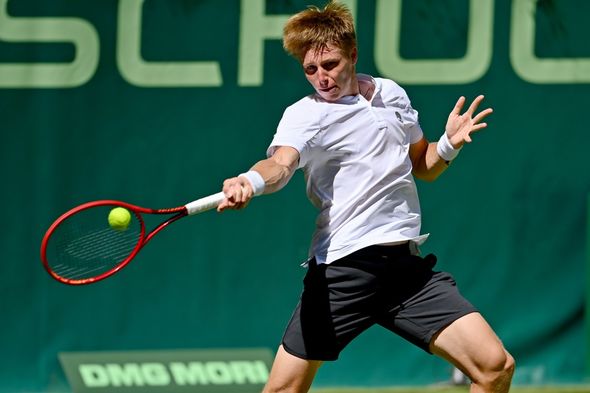 “The back is good, I feel fine from that standpoint,” he added.

“It’s just really the legs and the match fitness that I’m looking forward to and getting through breakers.”

Federer will play either Felix Auger Aliassime or Hubert Hurkacz in the second round of the Halle Open on Wednesday.

But he does admit to being sad that there won’t be a big crowd in attendance this week.

“I love playing here. Very little crowd is a bit of a disappointment for all of us but at the same time I’m excited to be back on the green grass and getting a win is always very nice,” Federer said.