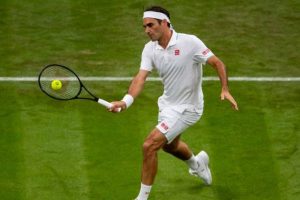 Roger Federer is no longer considered a favourite at Wimbledon, according to Serena Williams’ coach Patrick Mouratoglou. It’s 22 years since Federer made his debut at Wimbledon and he’s nearly always been regarded as a favourite ever since his first Grand Slam win back in 2003.

The Swiss tennis icon won five consecutive Wimbledon titles between 2003 and 2007 with a sixth coming in 2009.

But the last decade has seen Novak Djokovic emerge as the most dominant male player on the grasscourt Grand Slam.

The world No 1 enters as the strong favourite this year with Daniil Medvedev also in good form through the opening two rounds.

Federer’s record at Wimbledon has always seen him regarded as someone who can challenge and he agonisingly missed out on the title two years ago.

JUST IN: Coco Gauff explains why she ‘turned away’ when Serena Williams cried 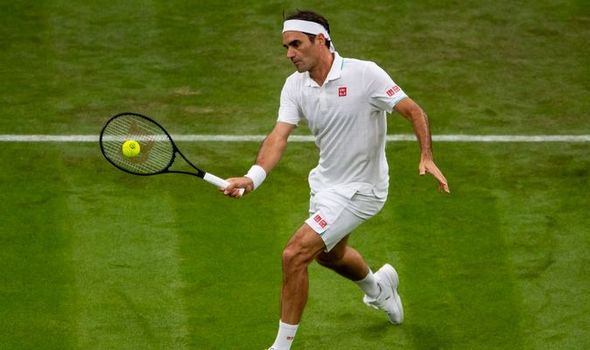 But recent injury problems and a lack of matches has meant that Mouratoglou doesn’t regard Federer as a challenger at Wimbledon this year.

“The win at Roland Garros has given him great confidence, the grass is particularly congenial to him because he has the best return in the world and his precise and effective serve produces wonders on the surface.

“He is really super favourite. The only thing that could create problems for him is his particular ability, when everything goes too well on the pitch, to get tangled up and lose the thread, so suddenly.

“Federer, on the other hand, will not be among the favourites for the first time.

“The untimely defeat in Halle does not reassure us and it is difficult for me to think that he can play more matches on five sets, considering his current form and his age.

“If there are any surprises, therefore, I see them coming more from the young rising generation.”

Williams suffered a shock exit from Wimbledon in her first round match against Aliaksandra Sasnovich. 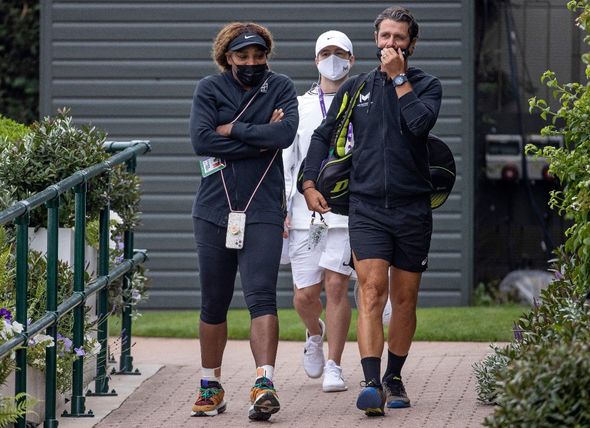 The 23-time Grand Slam champion got off to a strong start after breaking her opponent’s serve.

But she soon picked up an issue and appeared to be struggling with an ankle injury.

The Centre Court crowd soon realised that Williams’ injury was serious and gave her their full support to try and spur her on.

Tears soon fell down Williams’ face though as she realised she wouldn’t be able to continue and was forced to withdraw from the tournament.