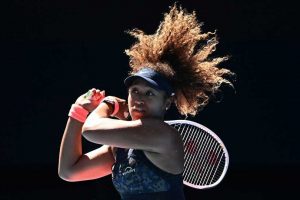 When Naomi Osaka first said she would not be speaking to the media during the French Open, she said she hoped the “considerable amount” she would be fined would go toward charity.

A prominent relaxation and meditation app is working to make that happen.

On Wednesday, the app Calm announced on Twitter that it would pay $15,000 to Laureas Sport, a youth sports charity, in support of Osaka’s decision to withdraw from the Roland-Garros over mental health concerns, as well as pay the fines of any tennis player opting out of media appearances for their mental health. In addition to paying the fines, Calm said it would match the $15,000 in another donation to Laureas Sport.

The announcement by Calm is the latest showing of support for the world-ranked No. 2 tennis star after she decided to step away from the French Open.

Laureas Sport for Good is a youth sports organization that works with 200 programs in 40 countires that “use sport as a tool or intervention to combat violence, discrimination and disadvantage faced by young people,” according to its website. Among its many objectives, Laureas states on its page that it encourages “healthy behaviour change in young people and children and enhance mental wellbeing.”

Before the French Open began, Osaka stated that she would not be doing press conferences as she felt that the mental health of athletes was often overlooked. After winning her first-round matchup, she did not speak to the media and was fined $15,000. The directors of the four Majors also said in a statement that she could face harsher penalties for her continued absence in press conferences, even risking a default in the Roland-Garros and potential suspensions from future Grand Slam tournaments.

Osaka decided to withdraw from the tournament before her second-round matchup, but said she would work with the Tour to discuss how mental health can be prioritized for athletes competing in Grand Slam tournaments.