Tennis is at a precipice and Patrick Mouratoglou believes he is the man that can bring the innovation to attract a new audience to the sport. On the surface, a sport that can boast Roger Federer, Rafael Nadal, Novak Djokovic, Serena Williams and Naomi Osaka should be in rude health.

But Mouratoglou thinks otherwise, claiming tennis is in denial about its current state.

And that is why next week will see the launch of the Ultimate Tennis Showdown (UTS), a competition that Mouratoglou hopes will be the catalyst for much-needed change.

Mouratoglou, the long-time coach of Williams, has drawn in a high-quality field led by ATP Finals champion and world No 6 Stefanos Tsitsipas for a series of matches at his academy in the south of France over the next few weeks.

With the tennis season not due to resume until the start of August as it stands, players are eager to get matches under their belt to keep fit and stay sharp following the enforced break caused by the coronavirus pandemic. 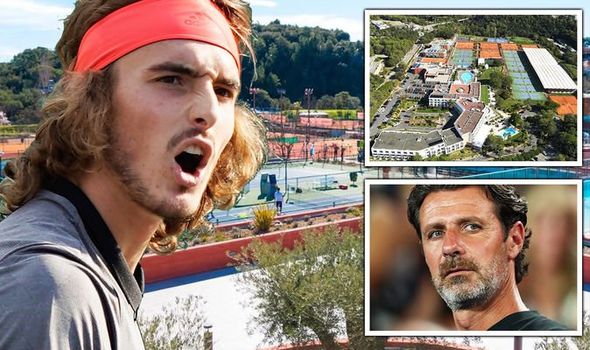 Benoit Paire, Richard Gasquet and Lucas Pouille will bring the French flair and 20-year-old Australian Alexei Popyrin and Dustin Brown round off the field with one name still to be announced.

There will be no fans in the stands but Mouratoglou promises the UTS format will allow people to be involved in a tennis match like never before.

“My goal with UTS is that people are sitting on the couch watching and they jump out of their seat every two minutes,” he declared.

“I want a show that is dynamic, powerful, emotional and to create the ideal entertainment for tennis. I think tennis is unbelievable [but] entertainment with tennis is low compared to where tennis is. I want to put those two on the same level.

“I want people to go through all the emotions during a match. I don’t want to create emotions because I hate fakeness. I love authenticity and the platform will let authenticity happen. There’s a lot of emotions in tennis and I just want to show that.” 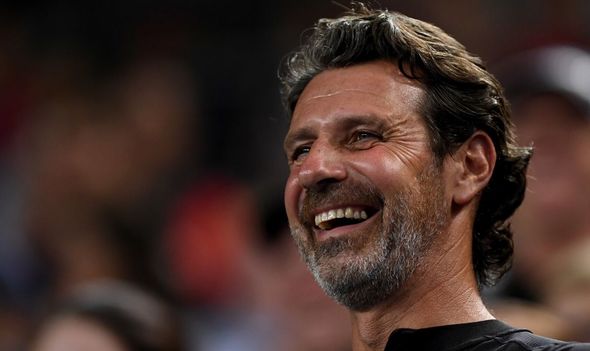 Mouratoglou’s passion for tennis is unquestionable.

He arrived on the tennis scene in 1999 as the coach of Marcos Baghdatis and went on to work with the likes of Laura Robson and Grigor Dimitrov before committing to Williams in 2012.

Together they have won 10 Grand Slams titles but most partial tennis observers will remember him from the now-infamous moment in the US Open final against Osaka in 2018 when he was adjudged to have been coaching Williams from the stands.

The American confronted umpire Carlos Ramos and was docked a point and then a game after calling the official a “thief” and a “liar.”

To this day, Mouratoglou is unrepentant about what occurred and makes clear that the sport needs emotional moments to survive. 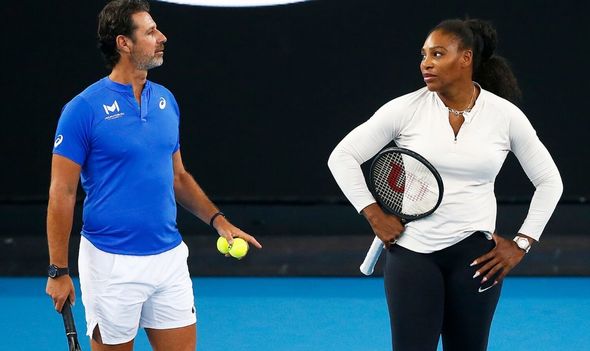 “That’s why people love her so much. Some people criticise her for that but it doesn’t make any sense to me,” he said.

“What else can you expect from a champion than to share your emotions? It is fantastic. You know everything she is going through and you live the match with her emotionally. The average age of a tennis fan is old and it is getting older every year.

“Tennis has failed to renew its fanbase and is living on the fans of the 70s and 80s and it did not attract new fans.

“I understand it is difficult for the governing bodies to change tennis because it is a very traditional sport so I decided to propose something else and use this period to showcase live tennis and real competition.

“In life, you always have a choice – to look at the facts or deny them. And the facts say tennis is potentially in big trouble in a few years. The way people consume sport has changed so much but tennis hasn’t in 40 years and the format has not adapted to recruit new fans.

“If you think you can seduce new fans with a show that is extremely long, slow and has no emotion, no suspense most of the time, a complicated scoring system, it is impossible. And that’s why I created UTS.”

Fortunately for Mouratoglou, he can call upon Tsitsipas to give the UTS the credibility and freshness he’s craving for.

The Greek star, who is rarely short on self-confidence, is likely to thrive at the chance to be at the forefront of a new format and Mouratoglou has no doubt he is on the path of greatness.

He said: “When I’m on a tennis court with him, you have no idea how much I enjoy myself because the way he plays tennis is just unbelievable and his personality is very different from anyone else.

“He’s created his world and I love that he is extremely open with his emotions. He’s the type of guy who would cry in a press conference because he lost a match and he is completely OK with that.

“Some people think he shouldn’t cry, I think it is great. Share with the people [how you feel]. He’s so passionate and it is so important to him to win, he’s ambitious and he shows it.”