Olympics: Medvedev and Kudermetova to lead Russian tennis in Tokyo 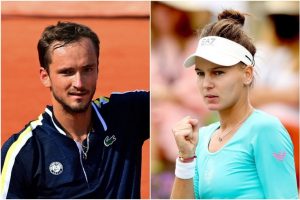 Russian athletes in Tokyo will represent the Russian Olympic Committee (ROC) because their country was stripped of its flag and anthem at the Games for doping offences.

Kudermetova, ranked 30th, will be joined in the women’s team by Anastasia Pavlyuchenkova, Ekaterina Alexandrova and Daria Kasatkina.

Tarpischev added that Elena Vesnina would play doubles either with Kudermetova or Vera Zvonareva.