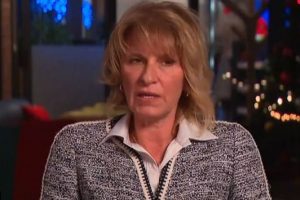 The mother of Novak Djokovic has offered an excuse for her son being spotted in public when he should have been isolating having tested positive for COVID-19. On Monday, the Serbian won his appeal against having his visa revoked, seemingly paving the way for him to compete in this month’s Australian Open.

However, his participation remains in doubt, with Australia’s immigration minister Adan Hawke still possessing the power to revoke his visa for a second time.

What may prove critical to Hawke’s decision, are fresh claims that the world No 1 deliberately provided false information on his immigration forms, an offence which could even result in a jail term.

And now serious questions have been raised about Djokovic’s conduct when he should have been technically isolating after contracting the virus.

Despite not being vaccinated, Tennis Australia granted the Serbian a medical exemption on the basis he had tested positive for Covid on December 16, according to documents submitted to court by his legal team.

The document shows Djokovic submitted the PCR test at around 1pm local time, with the positive result returned seven hours later at around 8pm.

On the same day there are photos showing he attended two indoor events in public, and at both of which he was unmasked and shaking his hands with fellow attendees.

The following day he was at a prize giving ceremony for children at the Novak Tennis Centre, and appeared in public in Belgrade on December 25, despite Serbian rules dictating that anyone who tests positive must isolate at their home address for 14 days.

Now his mum, Dijana, has appeared on Australian breakfast show Sunrise to offer an explanation.

Asked why her son was out in the community just a day after his positive test, Mrs Djokovic answered: “He didn’t know, probably, he didn’t know.

“He realised he was positive and then he went to isolate. I really can’t say anything about that, maybe the best is to ask him.”

On Monday, at a press conference in Belgrade, the Djokovic family had abruptly brought a halt to proceedings when quizzed about the 20-time Grand Slam champion’s apparent isolation discrepancies.

Mrs Djokovic also said she felt the court ruling rendered the matter “closed,” and finished the interview with a bullish statement about her son’s chances in Melbourne.

Despite the background noise, Djokovic trained at the Rod Laver Arena on Tuesday and has tweeted claiming to be “focussed” on playing the Australian Open.

Hawke is expected to make his final decision on Wednesday.