Dominic Thiem pulled off an impressive victory over Novak Djokovic on Saturday to advance to the ATP Finals. Djokovic entered the season-ending tournament as the big favourite to after sealing the year-end No 1 ranking for a record-equalling sixth year-end.

But he was never going to have an easy route through to the final, particularly with Thiem standing in his way.

The two played out a five-set thriller in the 2020 Australian Open final, with Djokovic coming out on top.

They also faced off against each other in last year’s ATP Finals, with Thiem coming out on top in their round robin clash.

And the Austrian got the better of Djokovic once again this time around to move on to the final.

JUST IN: Rafael Nadal retirement prediction made with timeframe set 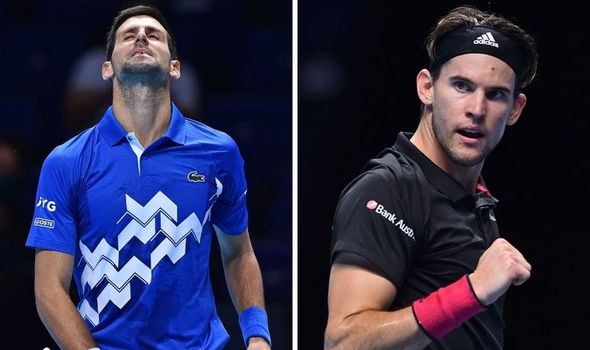 The pair traded blows in the first set with neither giving away much.

But Thiem got the breakthrough in the 11th game before serving out to take a one-set lead.

The second followed in a similar fashion, but Djokovic had multiple chances to force a deciding set.

The world No 1 had two set points on Thiem’s serve, but the 27-year-old saved both with some excellent serving before forcing a tiebreak.

Then it was Djokovic’s turn to showcase his defensive skills in the tiebreak with Thiem failing to capitalise on four match points.

Both were giving each other opportunities to take the tiebreak, but Thiem ultimately paid the price with a number of poor decisions.

Djokovic eventually got the breakthrough he needed to force a third and final set.

It was the same outcome in the third with the match being decided in a tiebreak. 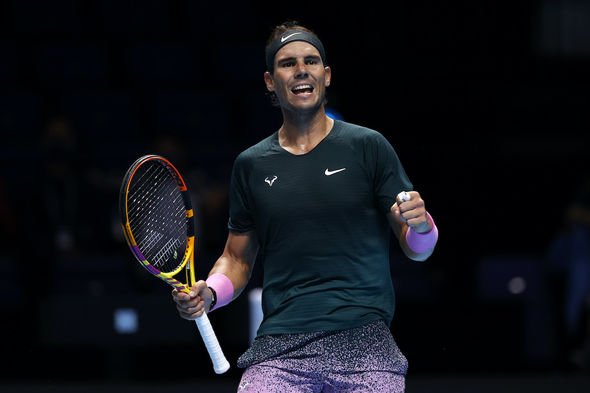 Djokovic quickly jumped to a 4-0 lead but Thiem responded expertly to win the next six points to pick up his fifth match point.

Djokovic saved the first attempt, but there was no mistake next time around as the world No 1 sent a forehand long.

Thiem now advances to the final for the second consecutive season with either Rafael Nadal or Daniil Medvedev set to face him.

Nadal has never won the ATP Finals with his previous best finish coming in 2013, losing to Djokovic in the final.

Arsenal player ratings vs Wolves: Aubameyang gets a four as Arteta’s side lose again

Football: Spurs return to summit with hard-fought draw at Chelsea