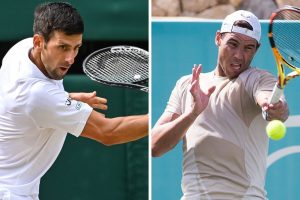 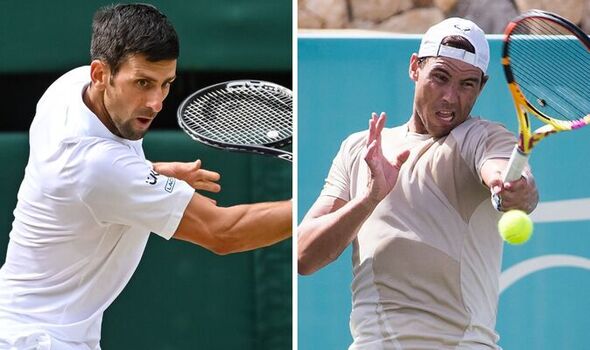 Novak Djokovic has been announced as the latest addition to next week’s exhibition at the Hurlingham Club after Rafael Nadal confirmed he would play two matches at the event ahead of Wimbledon. Emma Raducanu and Andy Murray could also still announce their participation at The Giorgio Armani Tennis Classic to get some more time on the surface following their recent injuries.

Djokovic and Nadal have been added to the line up for next week’s exhibition event at London’s Hurlingham Club ahead of Wimbledon. The Spaniard confirmed earlier on Friday that he intended to return to SW19 for the first time in three years and would be playing a couple of exhibition matches at the prestigious Fulham club.

Defending Wimbledon champion Djokovic has now joined his rival in entering the event, where he will appear at the Tennis Classic for the first time in his career. It will be his first match since crashing out of the French Open to Nadal in the quarter-finals.

And the lineup could be set to get even stronger, with Brits Raducanu and Murray toying with the idea of playing their own exhibition matches at the club following their respective injury woes. The WTA world No 11 has spent just 33 minutes on the surface so far this season, retiring injured seven games into her Nottingham Open match earlier this month.

For the latest news and breaking news visit: /sport