Novak Djokovic has broken his silence to apologise for inadvertently hitting a linesperson with a tennis ball, which led to him being disqualified from the US Open.

Twelve months ago Djokovic was booed off Arthur Ashe Stadium by the crowd after retiring from his fourth round match against Stan Wawrinka with an injury.

But on this occasion, with no fans in attendance, he walked off in silence and in embarassment after being kicked out of the event.

After a tight first set against Spaniard Pablo Carreno Busta, Djokovic was broken to fall 6-5.

As he walked towards his chair, Djokovic hit a tennis ball towards the back of the court but it struck a line judge in the throat. She collapsed to the ground and could be heard struggling to breathe. 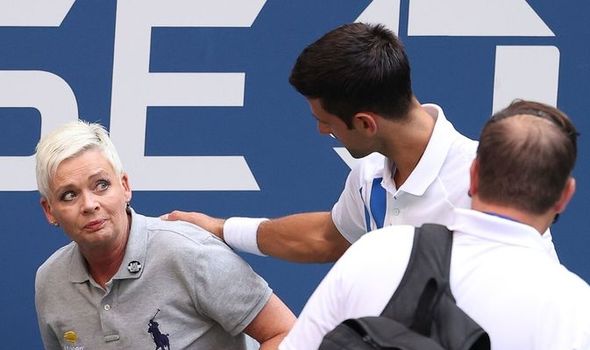 Djokovic immediately went to check on the official but the damage was already done.

Following talks with US Open Tournament Referee, Soeren Friemel, and Grand Slam Supervisor, Andreas Egli, Djokovic was defaulted from the match and his hopes of an 18th Grand Slam were over.

Instead of speaking to the media as is customary post-match, Djokovic was spotted leaving the Billie Jean King National Tennis Center in a car with his team.

But in a statement a few hours later, Djokovic finally addressed the incident and apologised for his actions. 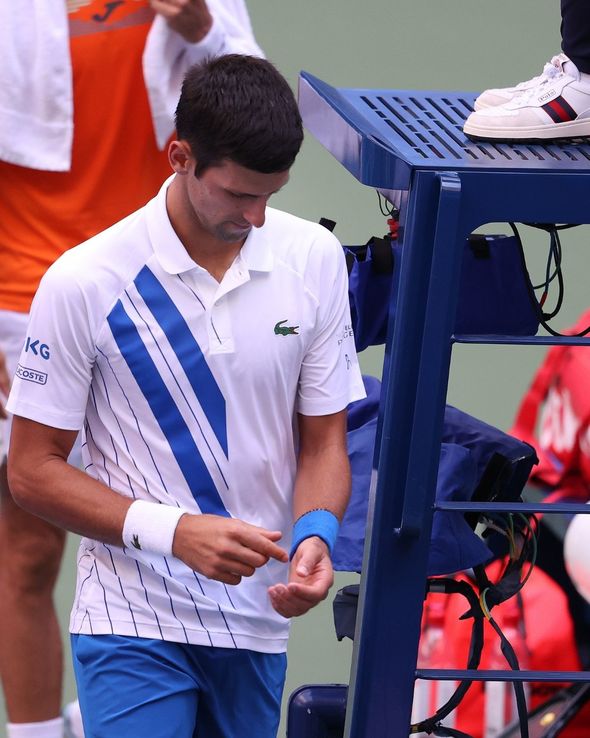 “This whole situation has left me really sad and empty,” Djokovic said.

“I checked on the lines person and the tournament told me that thank God she is feeling ok. I‘m extremely sorry to have caused her such stress. So unintended. So wrong.

“I’m not disclosing her name to respect her privacy. As for the disqualification, I need to go back within and work on my disappointment and turn this all into a lesson for my growth and evolution as a player and human being. I apologize to the @usopen tournament and everyone associated for my behavior.

“I’m very grateful to my team and family for being my rock support, and my fans for always being there with me. Thank you and I’m so sorry.”

In a statement, the USTA confirmed Djokovic would lose the ranking points earned and fined the prize money won at the tournament.

Djokovic’s exit means the US Open is without a former Grand Slam champion among its quarter-finalists for the first time since 1997. One of the players now in contention for the title is Alexander Zverev.

He reached the quarter-finals with an impressive 6-2 6-2 6-1 win over Alejandro Davidovich Fokina and the German star was excited by the opportunity that had now opened up.

“It’s going to be one of the young guys, I think, if you count Dominic Thiem as a young guy, as well. He obviously has a chance to win, as well.

“I know who the rest of the guys can play. Yeah. We’ll see where we go from here.”