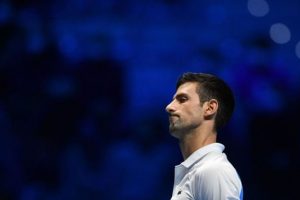 Novak Djokovic could be allowed to return to Australia next year even if he is deported from the country in the coming days. The fiasco over whether the player will be allowed to defend his Australian Open crown continues to rumble on, despite a judge overturning the decision to cancel his visa on Monday.

Djokovic has been in Australia for almost a week but is yet to play any tennis after being told by Australian Border Force that his medical exemption to enter the country was not valid.

The 34-year-old was set to be deported and was moved to a state-run immigration facility at Park Hotel in Carlton last Thursday as he lodged an appeal.

On Monday, judge Anthony Kelly ruled in the player’s favour and it appeared he would take his place at the first Grand Slam of the year.

But reports have since claimed that Djokovic has been arrested by the Australian government, who appear determined to send him on his way.

Australia’s federal law states that people who have their visa cancelled face a ban on coming back into the country. And it could last for three years.

But, according to The Age, Federal sources have stressed that a three-year ban will not be automatic if Djokovic is deported as the government has discretion to allow him back in.

That means the ace could compete at the Australian Open next year, even if he is banned from this month’s tournament.

Djokovic’s lawyers told the court that the player had arrived in Melbourne after being granted an exemption by two separate medical boards.

The Serbian had apparently presented all the necessary medical evidence to officials.

Djokovic ‘not being fed breakfast’ as star’s mother slams conditions

Following the notification to cancel his visa when he first entered Australia, Djokovic was then told he would have until 8.30am the next morning to make comments.

But he was pressured to respond much earlier and Australian Border Force made their final decision at 7.40am.

The government acknowledged in court that the player had not been given enough time to put his side of events across.

And the judge’s decision hinged on procedural fairness. But the government still don’t believe the player’s medical exemption is valid and will therefore try to remove him from the country once again.

Djokovic is the most successful player in the history of the Australian Open after lifting the trophy a record nine times.

He won his first title Down Under in 2008 and has won the last three tournaments.

Fresh reports claim he will not be deported tonight, with the saga set to rumble on over the coming days.