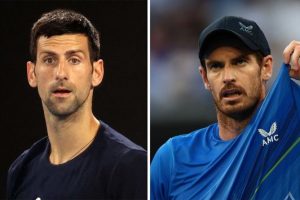 Djokovic arrives back In Serbia after deportation from Australia

Novak Djokovic is struggling mentally after he was deported from Australia ahead of the Australian Open, his coach has said. Djokovic’s visa was cancelled after he lost his appeal in the Federal Court of Australia as Australian Immigration Minister Alex Hawke revoked the document for a second time. The Serb had originally travelled to the country with a medical exemption but was detained when he arrived. He won an initial appeal but later lost his fight to stay. Djokovic’s coach Marian Vajda has expressed bemusement at the decision this week.

He told Sport Klub : “I still don’t understand why they did it to him. It was an unhealthy and unjust decision, based on the assumption that Djokovic could do or influence something that has not yet happened.

“I haven’t communicated with him since he arrived in Belgrade. It is clear that that it hit him mentally, it will hurt him for a long time and it will be difficult to get it out of his head.

“We wrote to each other, we haven’t spoken over the phone. He used his mobile phone a little. I can’t imagine how he handled it, it must have been a huge suffering. He humbly endured all measures, but what they did to him must mark him. It was a political process.”

Djokovic has won nine Australian Open titles, the most of any male player in the history of the tournament.

Among his many successes in Melbourne, Djokovic won the tournament in 2015, but it sparked a tense exchange of words after the final.

He had just beaten Andy Murray, who appeared to suggest after the game that Djokovic had feigned injury.

Murray said: “The third set was frustrating because I got a bit distracted when he, like, fell on the ground after a couple of shots.

“It appeared that he was cramping, and then I let that distract me a little bit. That’s what I’m most disappointed about.”

Pushed on his views, Murray added: “He obviously looked like he was in quite a bad way at the beginning of the third set and came back unbelievable at the end of that set.

“Then obviously the way he was hitting the ball in the fourth and moving was impressive. So, yeah, I don’t know exactly what the issue was for him.”

The Serb replied: “If there is a chance, if he’s willing to talk, I’ll talk, no problem.

“I have nothing to hide. I’m not the sort of guy who is pretending, who is trying to do something behind anyone’s back or is saying bad things about anybody, especially about someone I have known for a long time.

“I don’t want to point a finger at him or the media or whoever might be trying to cause some kind of unnecessary tension. Hopefully, things will be right in the future.”

This year, Murray gave a brutally honest view of Djokovic’s situation amid the deportation controversy.

Murray said: “I think everyone is shocked by it [the circumstances], to be honest.

“I’m going to say two things on it just now. The first thing is that I hope that Novak is OK. I know him well, and I’ve always had a good relationship with him, and I hope that he’s OK.