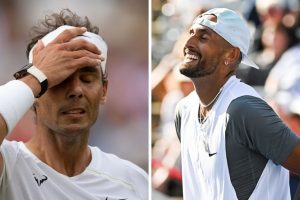 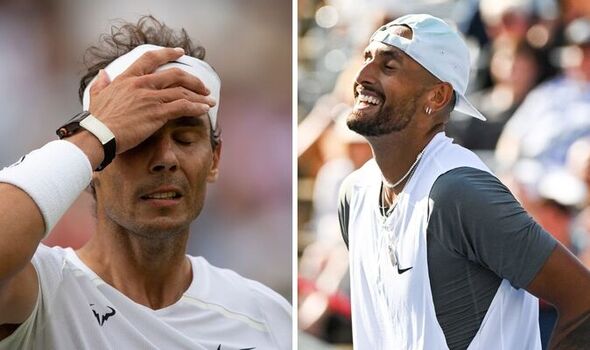 Nick Kyrgios has now placed himself as one of the ‘top two or three’ favourites to win the US Open, according to Andy Roddick. The men’s singles draw at the US Open appears to be wide open due to Novak Djokovic’s vaccination status currently preventing him from competing in America.

Rafeal Nadal is also recovering from an abdomen injury he suffered at Wimbledon which forced him to withdraw from the major before his semi-final against Kyrgios. The Spaniard will make his comeback at the Cincinnati Masters next week in preparation for the US Open.

But Kyrgios is arguably the man to beat on the ATP Tour at the moment and his victory over Daniil Medvedev this week highlighted just that. And while assessing the men’s draw for the US Open, Roddick claimed that Kyrgios’ form puts him in a really strong position to win his first Grand Slam title.

“He’s up there,” Roddick said on the Rich Eisen Show. “Obviously we’re dealing with the Novak drama and he won’t be there. 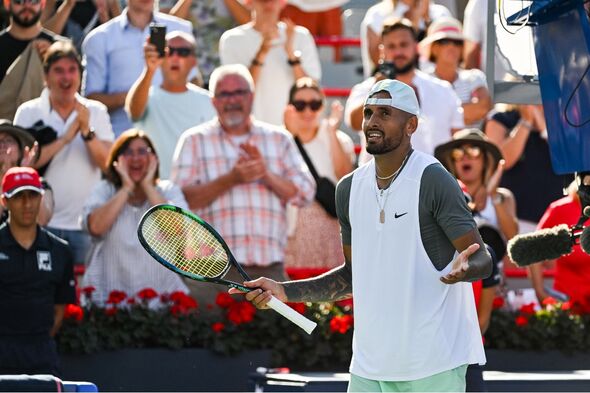 “I think Novak would be kind of the only person you could point to and say he’s the clear favourite if he was in the event. He is not as it currently stands and we don’t know how healthy Rafa is off of the torn abdomen where he couldn’t play those semi-finals against Kyrgios.

“No one has ever questioned Kyrgios’ physical ability. In my opinion, he’s the only person on earth whose physical talents can rival the ‘Big Three’.

“But physical talents hasn’t always equaled physical fitness. It certainly hasn’t equaled mental readiness throughout the course of his career. Navigating through Wimbledon, getting through best-of-five-set matches, playing in these pressure moments – those are all good things for Kyrgios

“It would have gone one of two ways off the heels of Wimbledon. Traditionally, when he’s done well, he’s kind of been satisfied and maybe coasted through the next couple of months. It’s a big, big deal to me that he goes into Washington, which is a pretty big event in the lead-up to the U.S. Open.

“Brutal condition;.to go through singles and doubles and not to tap out mentally or physically is a big, big sign. Getting through a tough tournament like that in D.C with those conditions is a big sign for Nick Kyrgios and I think it puts him into the top two, maybe three, favourites for the US Open.”