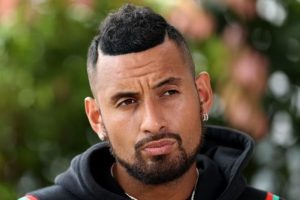 Nick Kyrgios has criticised Rafael Nadal over his comments on Novak Djokovic’s ongoing situation ahead of this month’s Australian Open. The Serb’s hopes of a record-breaking 10th title in Melbourne are hanging firmly in the balance after seeing his visa revoked on two occasions just days before the start of the tournament, which is set to get underway on Monday.

Djokovic was detained shortly upon arrival in Australia after more detail was demanded with regards to his medical exemption to enter the country and compete in the first Grand Slam of the new year.

It was eventually ruled on Monday that his visa cancellation order would be immediately quashed and that he would be released from detention.

However, this verdict was overturned by Australia’s immigration minister Alex Hawke on Friday to leave Djokovic’s fate uncertain.

The world No 1 was detained once again on Saturday morning ahead of his planned appeal hearing, which is scheduled to take place on Sunday.

Nadal went on to offer his thoughts on the latest development by insisting that the Australian Open will be a success regardless of whether or not Djokovic is able to take part in the tournament.

JUST IN: Djokovic detained by Border Force after interview at secret location

“Players come and then go, and other players are coming,” the Spaniard told reporters.

“No one, even Roger, Novak, myself, Bjorn Borg who was amazing at his times, tennis will keep going. The Australian Open is much more important than any player.

“I think the situation has gone too far. Honestly, I’m a little bit tired of the situation because I just believe that it’s important to talk about our sport, about tennis.”

Kyrgios has since insisted that Nadal should have taken the opportunity to publicly support Djokovic instead of assuming a non-committal stance when quizzed on the matter.

“On a human level, he needs support from other players,” the Aussie star told Sportklub.

“[Stefanos] Tsitispas, I get you have your views on vaccination. [Andy] Murray, we can always count to say the right thing, Nadal whatever… But bro, where is your support for the guy?”

Kyrgios, who is known to enjoy a good relationship with Djokovic, previously admitted that he felt ashamed over the latter’s treatment by the authorities in Melbourne.

“I feel quite embarrassed as an Australian athlete that’s seen what this guy has done for us and the sport,” said the 26-year-old in an Instagram video earlier this week.

“I just don’t think it’s right how we’re handling it but the media loves to do that, loves to divide and I don’t want this to take away from any of the great results the other Australians are having.”

Kyrgios is expected to compete at the Australian Open this month after testing positive for COVID-19 earlier this week ahead of the Sydney Tennis Classic.

Meanwhile, Djokovic will face compatriot Miomir Kecmanovic in the first round of the tournament in the event of his visa being reinstated ahead of Monday’s match.