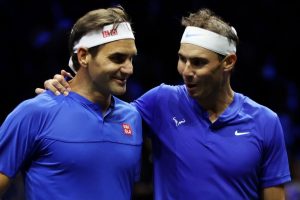 Roger Federer: The fans are the centre of everything

Rafael Nadal has offered hope that he will renew his partnership with Roger Federer after starring alongside the Swiss in his tennis farewell. Nadal and the retiring Federer teamed up in a doubles match at the Laver Cup to bring to an end the latter’s career.

The pair, playing for Team Europe, were beaten by Frances Tiafoe and Jack Sock at London’s O2 Arena. Federer bowed out from the sport following a glittering 24-year career, which included 20 Grand Slam titles.

Despite the 41-year-old calling time on professional tennis after a difficult year, long-term rival Nadal has hinted that they could team up again another time. The Spaniard says he is ‘sure’ that fans will see them on court again.

“I’m sure we’ll be on the track again to play together,” Nadal, who revealed that he also came close to retiring earlier this year, told journalists. 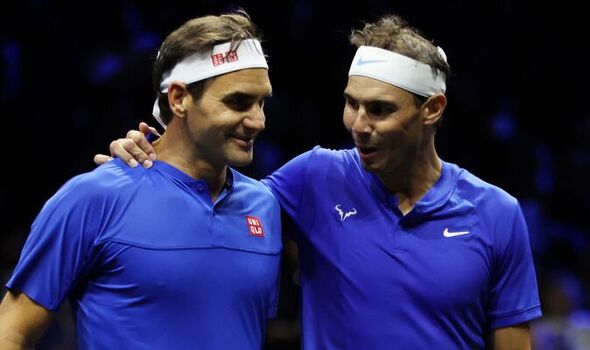 Nadal and Federer conducted an emotional press conference in the aftermath of their defeat, with both candidly discussing each other’s impact on their own careers. Nadal described their relationship as ‘beautiful’ after being asked about their friendship away from the court.

“It has been a super long and positive journey. We started when I arrived on the tour, and when I started to be a better player, there was Roger always there in front of me. For me was always the guy to beat,” the 22-times Grand Slam champion said.

“So at some point we were probably the biggest rivals – I think always in a very good way. We respect each other, families, teams. We never had big issues, no? 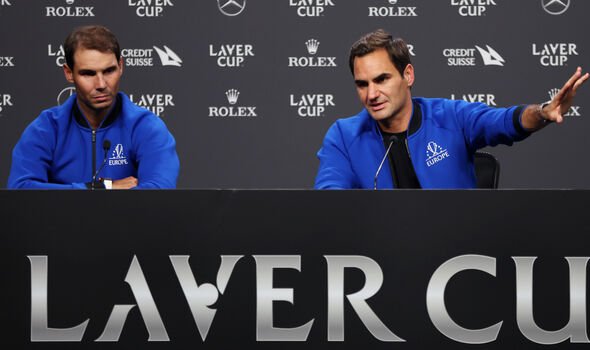 “I think every year the personal relationship gets better and better, you know, in a daily basis. I think in some way we understand at the end we have a lot of things similar. We approach life similar. On court we have completely opposite styles, and that’s what probably makes our matches and our rivalry probably one of the biggest and most interesting.

“But in the family life, personal life, probably we approach life not in a very different way, no? So that’s why we can trust each other, we can speak very often, and we’re able to speak freely, feeling confident.

“Having somebody like Roger that I feel confident to talk about any personal thing, it’s something that it’s very beautiful after all the things that we shared together and all the important things that we fighted for such a long time.