Home » Tennis » Murray: I snubbed Australian Open because I missed out

Murray: I snubbed Australian Open because I missed out 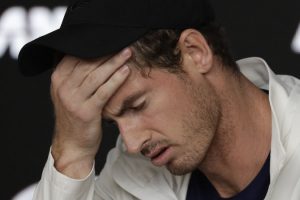 Facebook has banned the sharing or viewing of our news articles on its platform. For independent journalism straight from the source, download our app and sign up to our newsletters.

So great was Andy Murray’s pain at being thwarted in his efforts to compete at the Australian Open that he refused to watch from the other side of the globe, doing everything he could to avoid the tournament entirely.

Murray was prevented from travelling to Australia after a positive COVID-19 test meant it was impossible to fulfil the country’s strict bio-ecurity protocols. He instead began his year at the rather less salubrious Biella Challenger in northern Italy, where he lost to Ukrainian Illya Marchenko in the final. 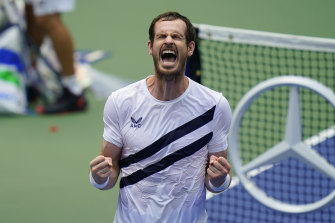 Andy Murray was pained to miss the Australian Open but still believes he can compete against the best. Credit:AP

Determined to prove he can climb the ladder and succeed at the highest level after multiple injury battles, Murray returns to ATP Tour duty at the Open Sud de France on Tuesday, with a first-round match against Belarusian Egor Gerasimov.

But there remains a strong sense of resentment that he was unable to prove himself at this year’s first grand slam.

Asked for his verdict on Novak Djokovic’s straight-sets win over Daniil Medvedev in Melbourne on Sunday, Murray said: “I didn’t watch it. I was practising and I watched very little of the Australian Open. I didn’t watch any because I wanted to be there myself. It was a struggle. I stopped following all the tennis players I follow on social media because I just didn’t want to see it.”

Absent from nine of the past 13 grand slams, a bullish Murray is itching for the opportunity to prove he can still compete with the best in the world, insisting he was “pain-free” during his recent run to the final in Italy.

“I’ve played and practised with lots of top players and I know how I’m getting on against them,” Murray said. “If I was getting smoked when I was practising and playing with guys I wouldn’t keep going through it. But I know the level that I’m playing at.

“I’ve been playing and practising with guys that are between 20 and 60-70 in the world and doing absolutely fine. Providing I can stay fit for a period of time and get good practice and matches in, I don’t see why I won’t be able to compete with the best players. I wish I was able to show that in Australia because, no question, I was ready to do that.”

Having already spoken of his frustration at believing he contracted coronavirus at the National Tennis Centre in London, Murray also revealed the continued difficulty the illness – from which he has fully recovered – provides as he attempts to travel from country to country for tournaments, at the mercy of different regulations.

“The issue is you can still test positive three to four months after you’ve had the virus,” he said.