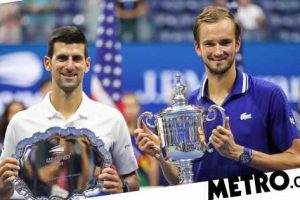 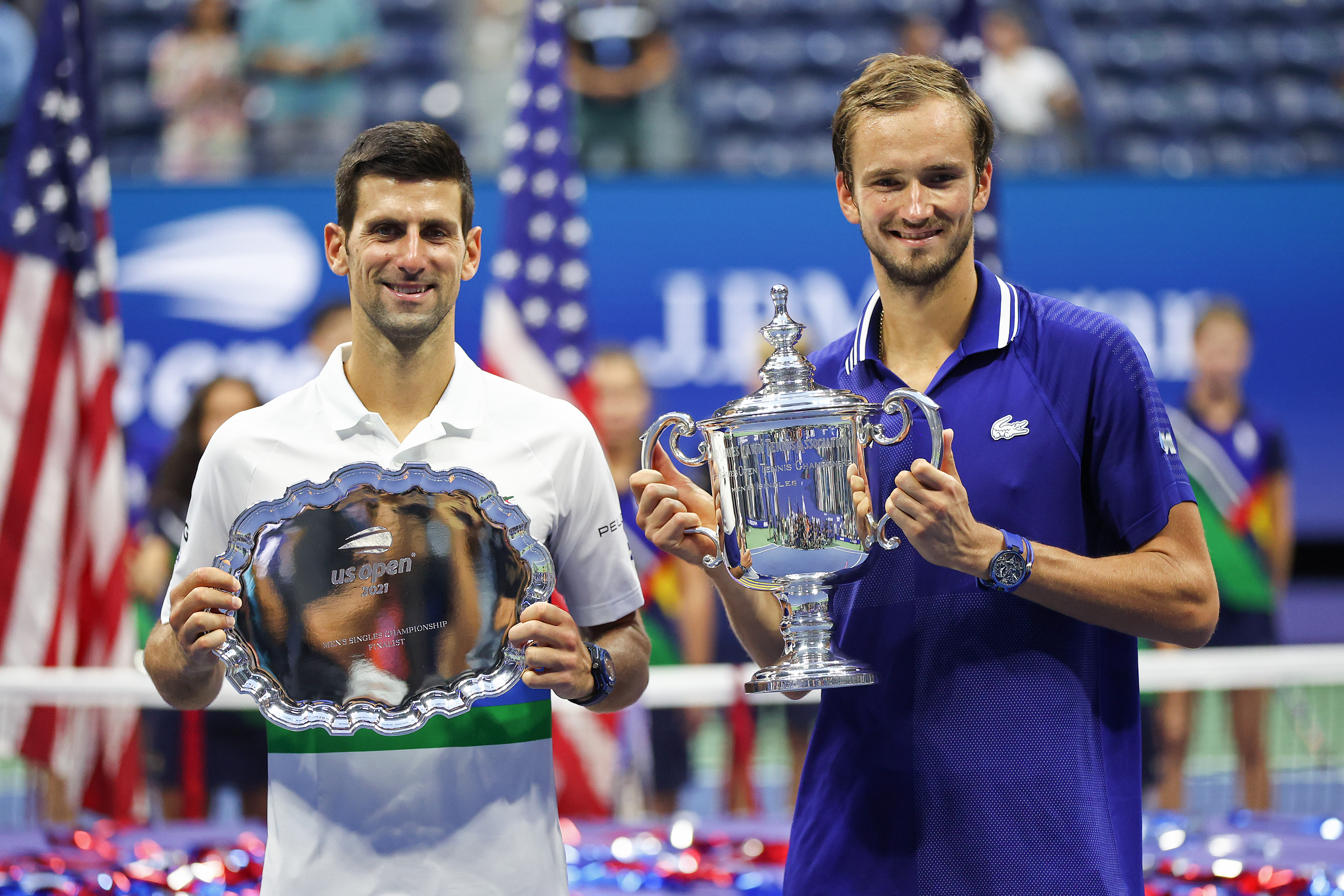 Daniil Medvedev declared Novak Djokovic ‘the greatest’ after securing his maiden Grand Slam at the US Open.

The Russian denied the world No.1 an historic calendar Grand Slam with a dominant 6-4, 6-4, 6-4 display.

Djokovic was far from his best in his quest to become the first player in 52 years to win the Australian Open, French Open, Wimbledon and US Open in the same year, but Medvedev utilised his huge serve and powerful forehand to carry him to glory.

Defeat for the Serb also sees him remain on 20 Grand Slams – the same number as Rafael Nadal and Roger Federer – but Medvedev took time during his post-match interview to declare his admiration for his opponent.

‘First of all, sorry for you the fans and Novak. We all know what he was going for today,’ he said.

‘What you have achieved this year and throughout your career, for me, I have never said this before, you are the greatest tennis player in the history.

‘I want to thank my team, those who are here and watching. My parents, my family, my sisters.

‘Some of my friends are here – thank you guys because it is not an easy journey to win a Slam. I’m really thankful to you for helping me throughout this journey.

‘I want to thank you guys [the crowd]. Today it was maybe a little bit more for Novak but that’s completely understandable.