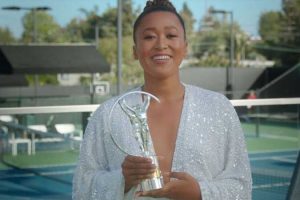 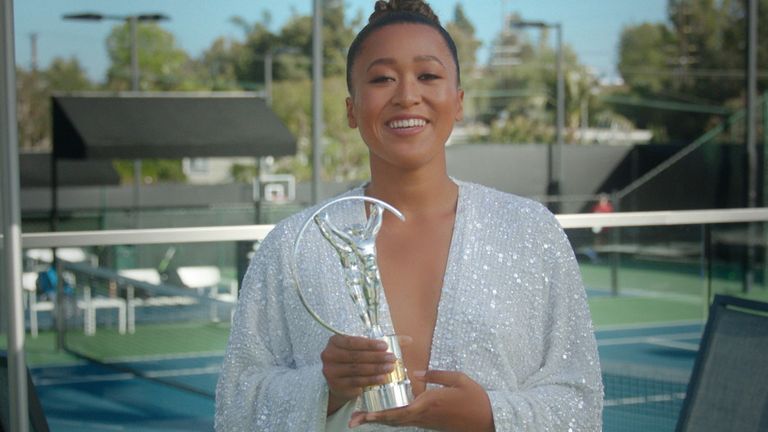 Osaka won the US Open for the second time last year and made a powerful statement at Flushing Meadows in support of the Black Lives Matter campaign as she wore different face masks emblazoned with the names of Black victims of police brutality and racial injustice en route to the title.

🏆 The 2021 Laureus World Sportswoman of the Year is @naomiosaka

On the court, Naomi made it two @usopen titles in three years. Off it, she demonstrated incredible activism and support for the Black Lives Matter movement 👏#Laureus21 pic.twitter.com/tPQ05oPVJ8

“I’ve watched so many of my role models win this Award, so it definitely means a lot now to be holding it,” said 23-year-old Osaka. “I am so happy to receive it. It really means a lot to me.

“I think it is important to use my voice, because for me I feel like I often hold back a lot and worry about what people think of me, but you know if you have a platform it is very important you use it.

“Looking ahead my main hopes for the future would be just to have helped or impacted as many people as I could and, hopefully be a better person.” 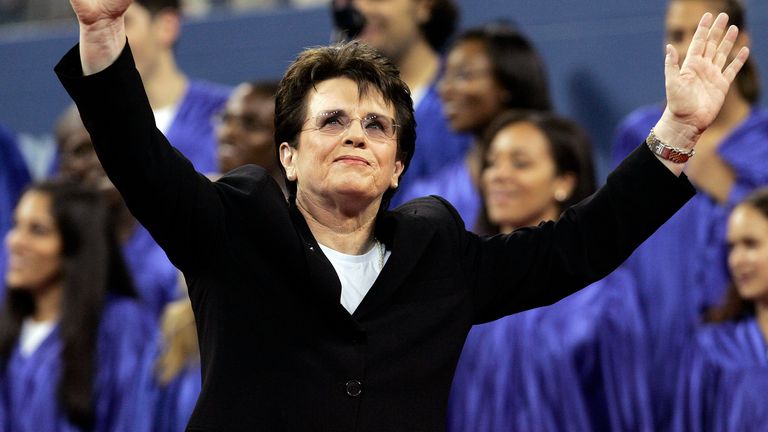 The 77-year-old, who won 39 Grand Slam titles, is one of the original founder members of the WTA. She is also an advocate for gender equality and has long been a pioneer for equality and social justice.

💬 "Sport, especially tennis has given me a wonderful opportunity to live my dream. Sport also gave many of us a platform to improve our world."

“I’m a product of the public parks of Long Beach, California and I was extremely fortunate to have the access and opportunity to free coaching and instruction. It changed my life and opened my eyes. I knew after my first practice with coach Clyde Walker, that I wanted to be the number one player in the world,” said King.

“Then at 12 years old, I was thinking about my sport and I noticed everyone who played tennis wore white clothes, played with white balls and everyone who played was white. And I asked myself, where is everyone else? From that moment on, I decided to dedicate my life to equal rights and opportunities for all.

“I have a vision where the world of sports looks more like our world. Represented equally by people of all genders and all races and cultures, a world where we all have a seat at the table, a voice in the conversation and a chance to lead.”

It’s an honor and a true privilege to have received the @LaureusSport Lifetime Achievement Award.#Laureus21 https://t.co/5zN5mzUXt0 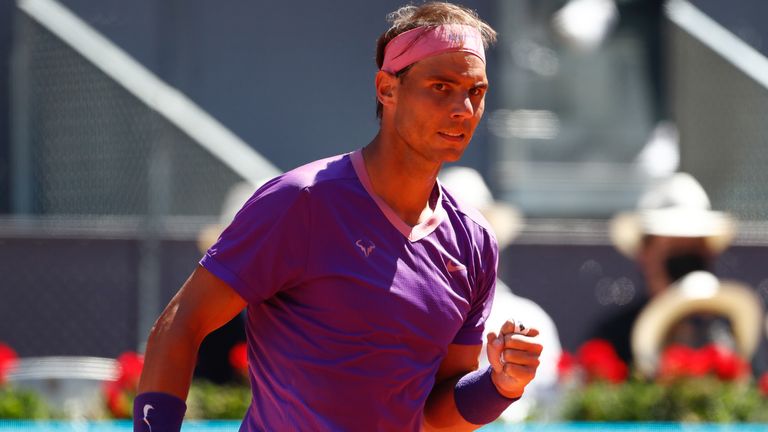 Nadal said he was proud to claim the “amazing trophy” of the Laureus World Sportsman of the Year, having also claimed the prestigious award in 2011.

“I want to say thank you very much from the bottom of my heart to the Laureus Academy. I have had some amazing competitors,” Nadal said. “The rest of the sportsmen probably deserve the trophy the same as me, but this was the year for me and I can’t be happier.

“Winning the French Open and equalling the 20th Grand Slam of Roger Federer has been an unforgettable moment. It means a lot to equal my great rival, but at the same time, my great friend. It’s something very special after all the history we have had together on and off court.

“The pandemic that we are facing is something unprecedented and I want to send a message of support to all the families that have suffered or lost somebody.”

Tennis is well-represented in this year’s @LaureusSport awards!

💬 "For me personally, of course achieving the 13th @rolandgarros, and equalled the 20th Grand Slam of @rogerfederer has been an unforgettable moment for [email protected], Laureus 2021 World Sportsman of the Year 🏆 #Laureus21 pic.twitter.com/YwhCQm6Wz1

“What can I say to you that hasn’t been told to you by countless others? But, for me, watching you play, watching you compete for every point as if it is match point, your total and utter commitment to the sport, your professionalism is off the charts,” said Navratilova, a 59-time major winner.

“People will be writing books about you so that they can teach others to do what you have done so well for, now almost 20 years. So, I salute you, I respect you, I love watching you play and I hope you never quit so you can win, maybe 30 Roland Garros titles. Anyway, congratulations.”

💬 "Hi Rafa. I would like to say that you're an example to everyone – your hard work, your perseverance and for being at the highest level for so many years"@FCBarcelona's Lionel Messi congratulates #Laureus21 World Sportsman of the Year Award winner, @RafaelNadal 💪 pic.twitter.com/UmKOxtBvc6

Barcelona legend Lionel Messi also congratulated Nadal on his award, saying: “Hi Rafa. I would like to say that you’re an example to everyone – your hard work, your perseverance and for being at the highest level for so many years.”