He celebrated the win by kissing both his wife Kelsey O’Neal and their little dog on court.

The world No 8 sent down 13 aces and 36 winners, winning 91 percent of his first-serve points as he wrapped up victory in just under two hours. 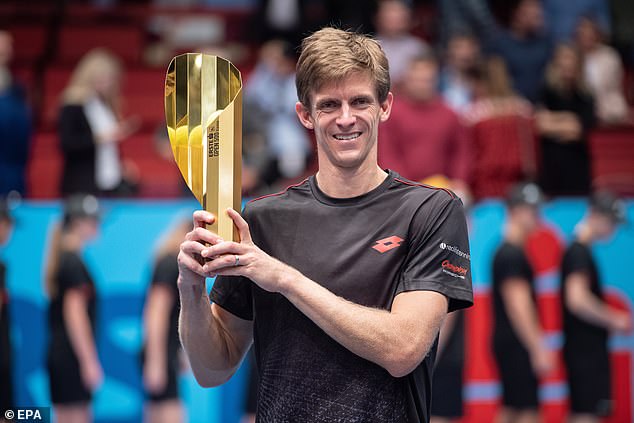 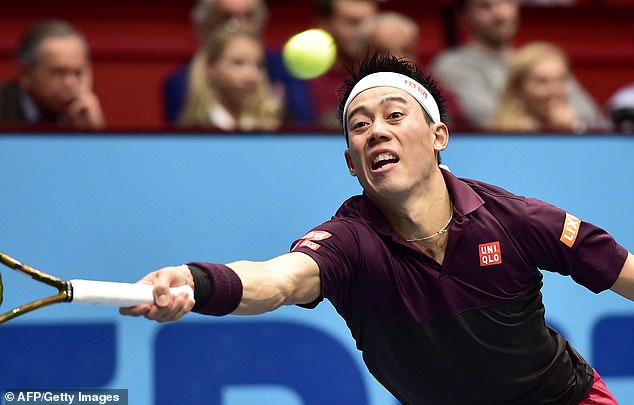 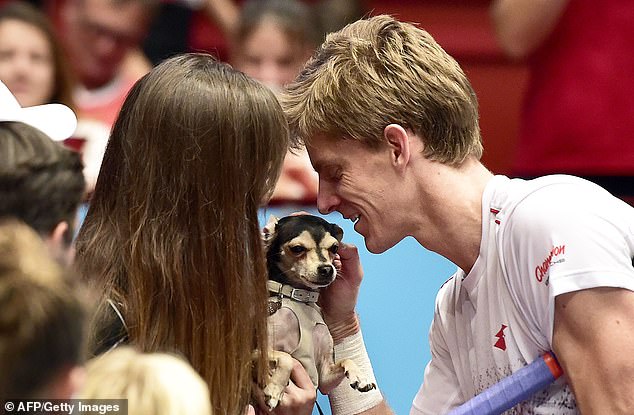 Big-serving Anderson was joined at the tournament by his wife, Kelsey O’Neal, and their dog 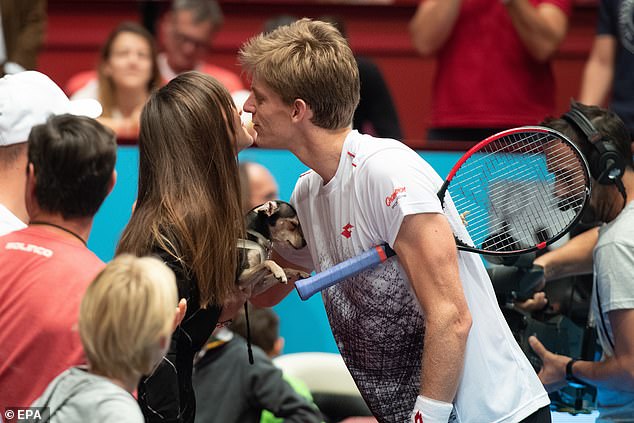 Anderson kissed his wife, who was holding their pooch, on court while still in his tennis gear

The 32-year-old is the first South African to reach the ATP Finals in 23 years and follows in the footsteps of compatriot Wayne Ferreira who achieved the feat in 1995.

Anderson joins Rafa Nadal, Novak Djokovic, Juan Martin del Potro, Roger Federer and Alexander Zverev in sealing his spot at the season finale, which will run from Novembr 11 to Novemebr 18 at the O2 Arena in London.

His qualification means there are two places still up for grabs ahead of next week’s Paris Masters, with Croatian Marin Cilic, Austrian Dominic Thiem, Nishikori and American John Isner still in the race.

‘I want to congratulate Kei on a great week,’ Anderson said on court after receiving the trophy. ‘You’ve been a world-class player year-in and year-out so best of luck for the rest of the year.’

Anderson was runner-up to Novak Djokovic at Wimbledon this year but the win in Vienna represented the biggest title of his career.

The defeat was Nishikori’s ninth straight loss in a final and ended his hopes of a first title since his victory in Memphis in 2016.

He fought gamely but was unable to make any inroads against Anderson’s booming serve, carving out two break points the entire match both of which the South African saved.

The Japanese’s efforts were further undermined by 23 unforced errors and three double faults and though he improved enough to force a second set tiebreak, Anderson held his nerve and sealed the win with an ace. 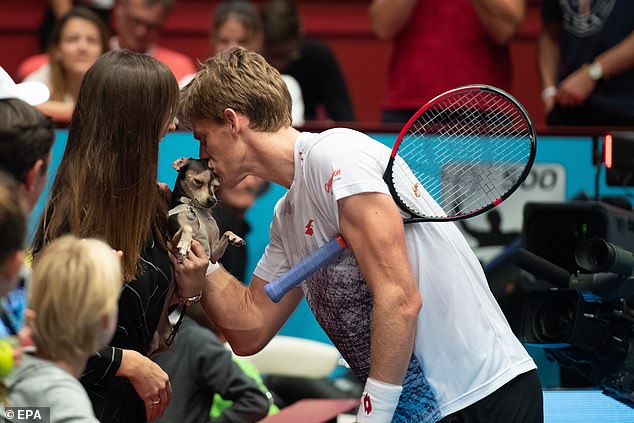 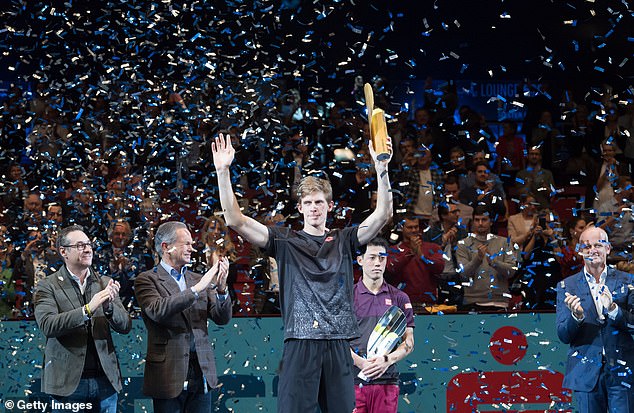 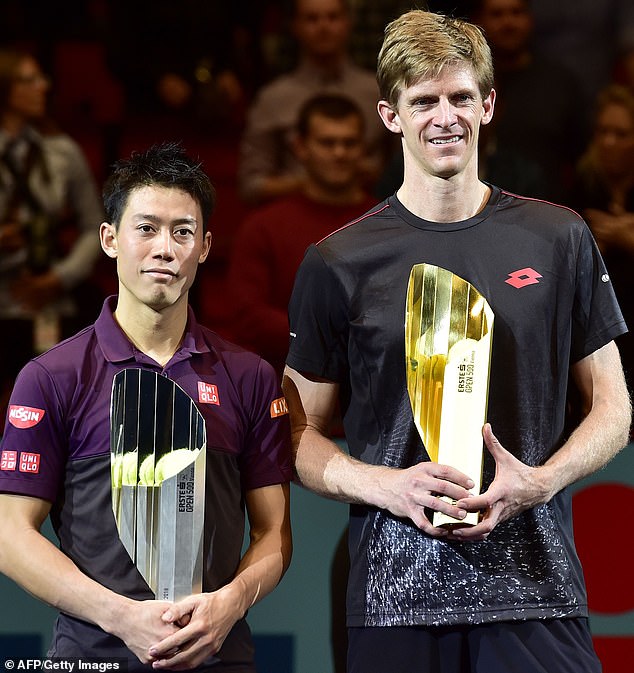