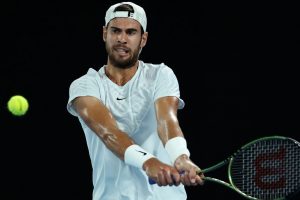 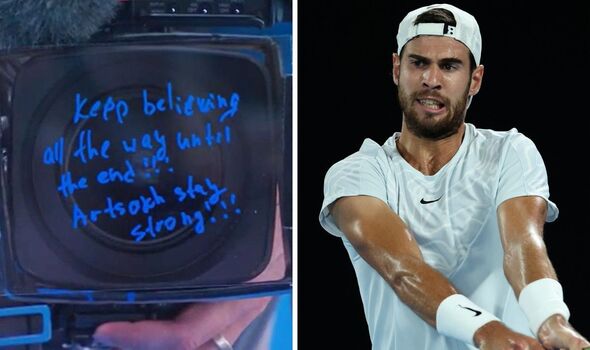 The International Tennis Federation has responded to calls to “punish” Karen Khachanov for his messages on the camera lens at the Australian Open. Azerbaijan called for the body to take “harsh measures” after the Russian-Armenian used his run to the semi-finals to show support for the disputed region of Artsakh.

Khachanov has been writing messages of support to the people of Artsakh – also known as Nagorno Karabakh – an Armenian enclave in Azerbaijan that Armenia claims has been blockaded by Azerbaijan since December 12. Although the world No 20 was born in Russia and represents the country, he is half Armenian and said he took the opportunity to sign the camera to “show strength and support to my people.”

The 18th seed has written messages including “Keep believing until the very end. Artsakh, hold on!” and “Artsakh stay strong”, prompting the Azerbaijan Tennis Federation to send the ITF a letter with calls to punish him for what they claimed was an act of “hate”. And the ITF has now responded, revealing they had passed the letter on.

“The ITF has received a letter from the Azerbaijani Tennis Federation, which we have passed on to the relevant authorities. Rules for player conduct at a Grand Slam event are governed by the Grand Slam rulebook administered by the relevant organiser and regulator,” the body said in a new statement.

While Artsakh – or Nagorno-Karabakh – is internationally recognised as part of Azerbaijan, it has a majority Armenia population. The region first broke away from Azerbaijan in 1988 and became a self-proclaimed republic following the collapse of the Soviet Union in 1991.

Armenia claims a road connecting the country to Artsakh has been blocked by Azerbaijan for the past six weeks, something Azerbaijan has denied, prompting them to send a letter over Khachanov’s statements. “The Azerbaijan Tennis Federation (ATF) has sent a letter of protest to the International Tennis Federation regarding the provocation against Azerbaijan at the Australian Open Tennis Grand Slam,” it read.

“Karen Khachanov, a Russian athlete of Armenian origin, who reached the 1/16 finals in the men’s competition, attracted attention with his hateful act. Thus, after claiming 3-1 victory over his American rival Frances Tiafoe. Khachanov wrote ‘Artsakh stay strong’ on the camera as his heartfelt words.”

The ATF called on the ITF to take action – something the ITF has now passed on after receiving the letter. “The Azerbaijan Tennis Federation’s letter presented facts and legal documents regarding the provocation against Azerbaijan. The ATF condemned this act and demanded that the tennis player be punished and urged the International Tennis Federation to take harsh measures for prevention of such incidents in the future,” the letter continued.

After reaching the semi-final when Sebastian Korda retired injured while 7-6(5) 6-3 3-0 down to Khachanov, the Russian-Armenian explained his decision to write the messages, saying: “I have Armenian roots. From my father’s side, from my grandfather’s side, even from my mom’s side. I’m half Armenian. To be honest, I don’t want to go deeper than that, and I just wanted to show strength and support to my people. That’s it.”

He also confirmed that he “didn’t hear anything” about the ATF’s letter and confirmed that “so far” no one had told him not to write messages of support to Artsakh. “Don’t forget your roots,” the 18th seed wrote on the lens after advancing to the semi-final.