Home » Tennis » 'I did alright': Murray plays down his five-set victory over Nishioka

'I did alright': Murray plays down his five-set victory over Nishioka

‘I did alright’: Humble Andy Murray plays down his incredible five-set win over Yoshihito Nishioka as ‘tired’ Brit looks ahead to recovery time before US Open second round

Just moments after producing an incredible comeback victory over Japan’s Yoshihito Nishioka on his return to Grand Slam action, Andy Murray was in no mood to get carried away.

Murray played his first Grand Slam singles match in a massive 596 days on Tuesday during the US Open first round and he returned in some style – coming from two sets behind and a break down in the decider to win 4-6, 4-6, 7-6, 7-6, 6-4.

But despite his thrilling first round win, Murray stayed as humble as ever when reflecting on arguably one of his best victories after 20 months away from Grand Slam action. 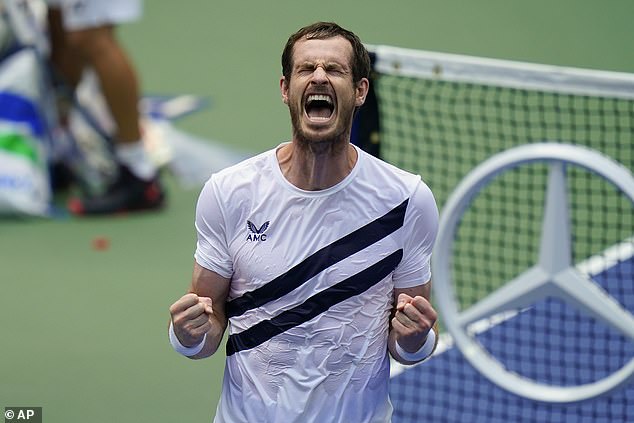 The former world No 1, who has come back ever so strongly after his long-term hip injuries, said: ‘I am tired. My toes are the worst part, my big toes on both sides are pretty beat up.

‘But I did alright physically. At the beginning of the match, I was apprehensive to play a long match. But when I went two sets down I had to put the after-burners on.’

It looked as if Murray’s stay at Flushing Meadows would be very brief after going two sets down but the Brit showed real grit and determination to keep his US Open dreams alive.

When asked what he was thinking at two sets down, he replied: ‘I had to start striking the ball a little bit better.

‘I was hitting the ball a bit late and too tentatively and then went the other way and was making errors. 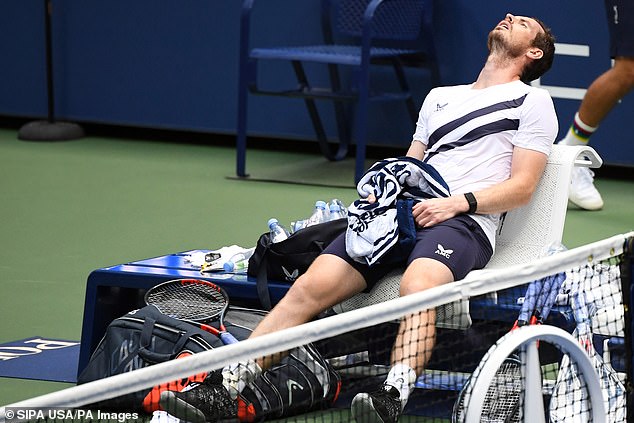 ‘I had to get my balance right. I think I served fairly well at the end, not so much at the beginning.’

Murray will now meet Canada’s Felix Auger Aliassime in the second round – which will be an extremely tough contest for the former world No 1 against a player ranked 15th at the tournament.

And the 33-year-old has admitted that recovery is key for him heading into the second round.

Murray added: ‘I need to recover as best as I can as that’s by far the most tennis I have played since 2019 when I faced Roberto Bautista Agut at the Australian Open.’ 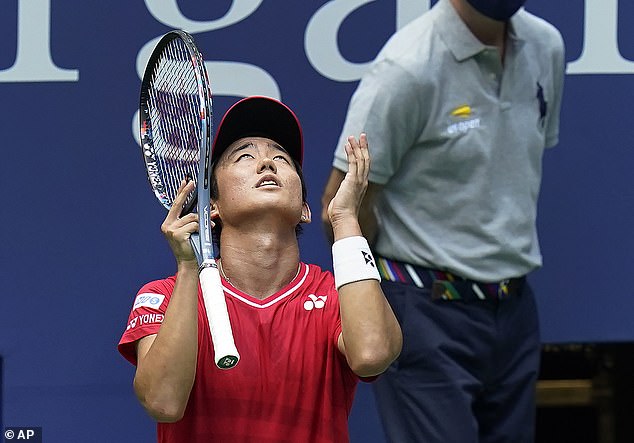 There was heartbreak for Nishioka, who held a commanding two-set lead at Flushing Meadows