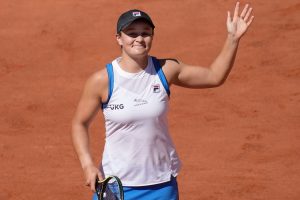 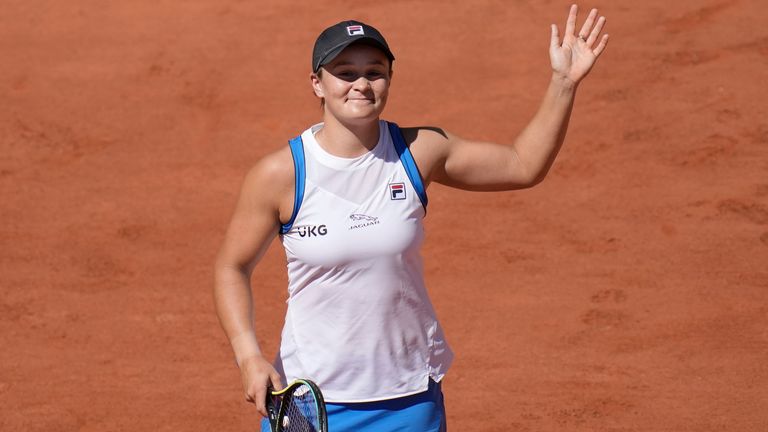 Top seed Ashleigh Barty overcome an injury scare as she began her bid for a second French Open crown with victory over Bernarda Pera in a taxing three-set battle at Roland Garros.

Having opted out of last year’s event due to concerns over coronavirus, Barty was featuring on the iconic Philippe Chatrier court for the first time since lifting the title in 2019.

The 25-year-old marked her return with an eighth consecutive victory on the Parisian clay, but she was given a thorough examination by world No 70 Pera, who acquitted herself superbly before succumbing 4-6 6-3 2-6 in two hours.

🇦🇺 @ashbarty comes through Pera 6-4, 3-6, 6-2 in her #RolandGarros opener and will face the winner of Linette-Paquet in Round 2. pic.twitter.com/eom8RRy2VD

The Australian made a confident start to proceedings by establishing a 5-2 advantage in the first set, although she struggled for fluency and intensity in the closing stages of the opener, as Pera reduced the arrears to 5-4.

Barty regained her poise to close it out, although Pera was undeterred, storming into a 3-0 lead in the second after registering three blistering forehand winners on the world No 1’s serve.

That solitary break of throw was sufficient for Pera to level up proceedings at one set apiece, and her freewheeling approach paid dividends, as she continued to pepper the Barty backhand.

The Australian, who began the contest with strapping on her left thigh, required medical treatment ahead of the deciding set, and she was forced to fend off a break point early in set three. 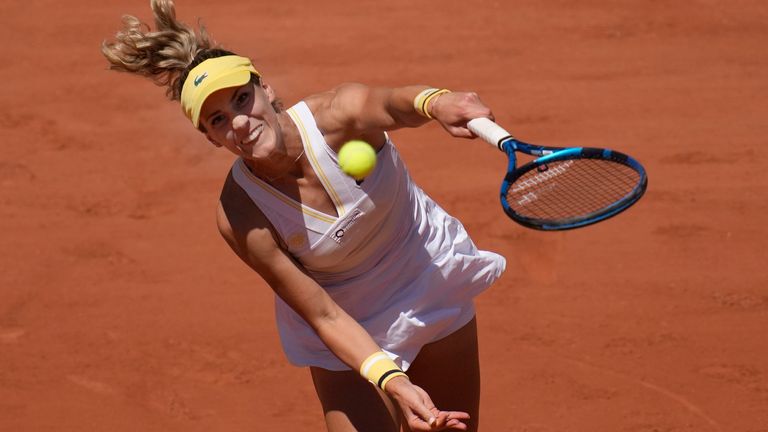 The most impressive aspect of Pera’s performance was her fearless approach; she unleashed some blistering forehands throughout the contest and dictated many of the pair’s baseline rallies, although with Barty leading 3-2, it began to unravel for the 26-year-old American.

Barty was presented with a break opportunity courtesy of a fortuitous net cord, and after converting the break point at the second attempt, she capitalised on a series of errant groundstrokes from Pera to cap off an impressive third set display.

Concerns surrounding Barty’s fitness will inevitably linger, but the world No 1 will take on either Poland’s Magda Linette or France’s Chloe Paquet for a place in the third round.

However, two-time Grand Slam champion Petra Kvitova has been forced to withdraw ahead of her scheduled second-round clash on Wednesday, after sustaining an ankle injury following her first-round win on Sunday.

Elsewhere, fifth seed Elina Svitolina battled past exciting French teenager Oceane Babel in straight sets to book her place in the second round.

The Ukrainian closed out a 6-2 7-5 victory in 76 minutes, although the three-time quarter-finalist was forced to reel off five consecutive games from 5-2 adrift in the second set.

Babel demonstrated glimpses of her prodigious talent on her Grand Slam debut, but the 17-year-old’s focus now turns to the Junior Championship next week.

Australian Open finalist Jennifer Brady eased through to round two with a 6-3 6-3 victory over Anastasija Sevastova, while the seeded duo of Maria Sakkari and Ons Jabeur also advanced in straight sets.