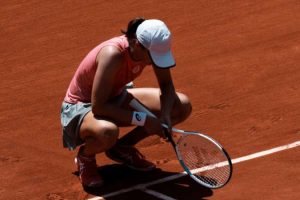 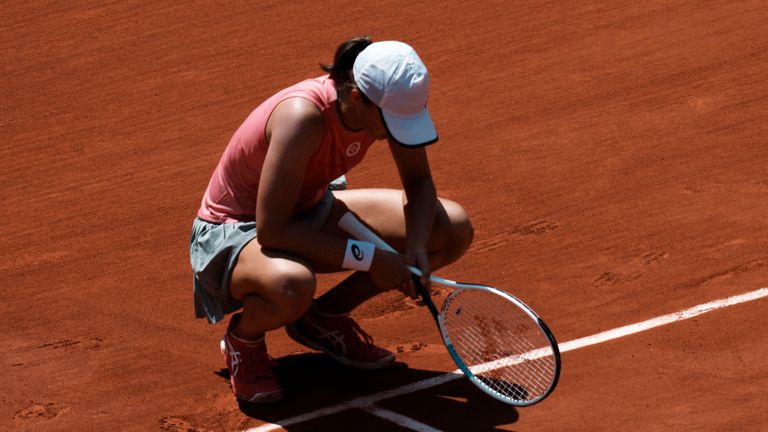 Iga Swiatek, the defending champion, is out of the French Open after a straight-sets 6-4 6-4 loss to the 17th seed Maria Sakkari in the quarter-finals.

The 20-year-old, who won the title last year without dropping a set, found herself challenged by the power of Sakkari from the outset.

After losing the first set, Swiatek had to leave court at 6-4 2-0 down to receive treatment on her right thigh.

Upon her return, the defending champion showed great resilience not to let the injury hamper her greatly, and she continued to hold serve. However, Swiatek was not able make any inroads into the Sakkari serve.

Instead, the Greek player who was partaking in her first Grand Slam quarter-final, stayed cool and at 5-4 held serve to complete a memorable victory at the first time of asking.

Sakkari will now face Barbora Krejcikova in the semi-finals, after Krejcikova overcame Coco Gauff in the earlier quarter-final on Court Philippe-Chatrier.