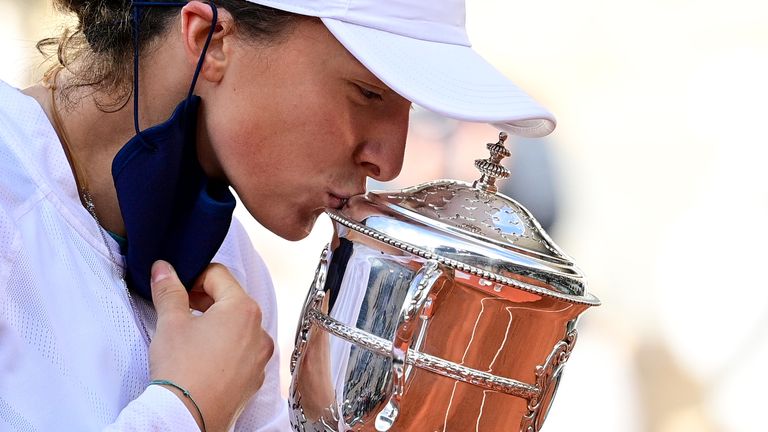 Teenager Iga Swiatek became Poland’s first Grand Slam champion as she stormed to victory against Sofia Kenin at the French Open on Saturday.

Swiatek capped off one of the most impressive Grand Slam runs by a teenager in recent years by defeating Australian Open champion Sofia Kenin to lift her maiden trophy 6-4 6-1 on Saturday.

The 19-year-old has lost just 28 games in seven matches, including a thumping victory against top seed Simona Halep in the fourth round.

“Two years ago I won a junior Grand Slam and now I’m here. It feels like such a short time. I’m just overwhelmed.”

At 54 in the world, Swiatek is the lowest-ranked woman ever to win the French Open and the second unseeded champion in four years after Jelena Ostapenko in 2017. She is also the youngest Roland Garros women’s champion since Monica Seles in 1992. 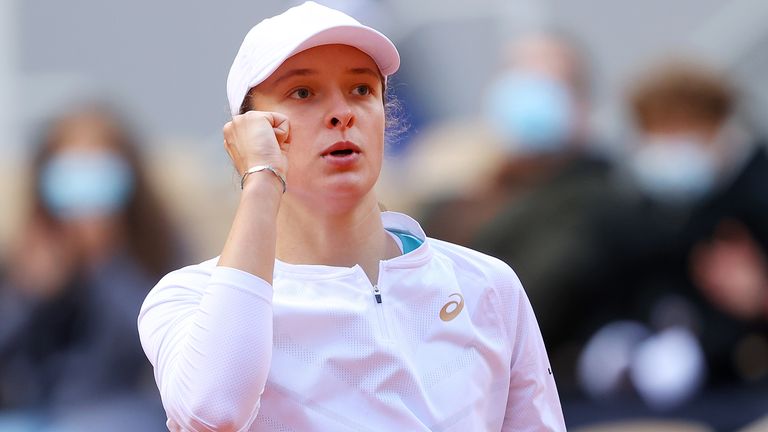 Swiatek opened proceedings with an impressive 61-second service game. That set the tone as she broke Kenin for the 19th time at Roland Garros for an early 2-0 lead.

She won 12 of the first 15 points to take a 3-0 advantage before the American found her composure to mount a fightback. Kenin was starting to understand the unseeded Swiatek and she hit back in the fifth game before levelling up.

Congratulations @iga_swiatek What a sterling two weeks of brilliant tennis. Many, many more GS Titles to come. @SofiaKenin hold your head up high; you had a great year! 👏

Swiatek, the second Polish woman to reach the final at Roland Garros after Jadwiga Jedrzejowska in 1939, knew she was in a match against the feisty fourth-seed.

But after the 19-year-old won a marathon eighth game, she missed an opportunity to take a set-point chance, allowing Kenin to hit back. However, with the heavy bombardment continuing, Swiatek soon sealed her 13th consecutive set of the tournament to take it 6-4. 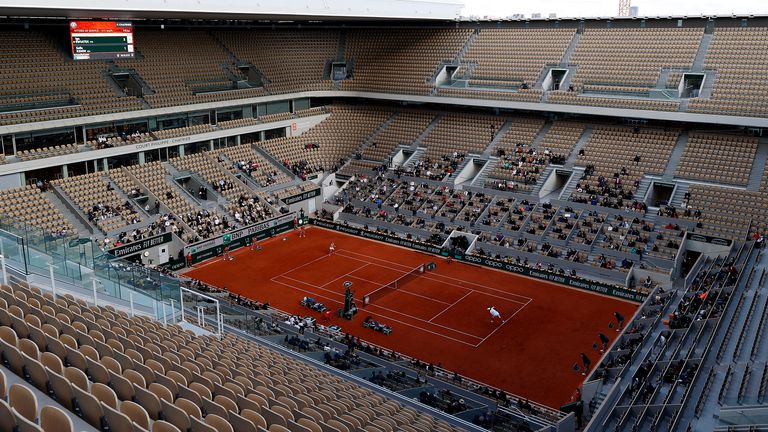 The Australian Open champion knew she was up against it now with just two of the last 18 women’s singles finals in Paris won by the player losing the first set.

After five consecutive breaks of serve, including the first two games of the second set, Swiatek held for 2-1 before Kenin took a medical timeout to get her left thigh bandaged fully. When she returned she could do nothing to halt Swiatek’s momentum and she raced away with the match by winning the next four games in a row and losing just three more points to create history for Polish tennis.

Wow!!! @iga_swiatek is such an amazing athlete-so offensive-hits so heavy-complete game already. A joy to watch-makes it look so easy. More Majors ahead!! @WTA 👏🏆

@iga_swiatek ooooh , what an amazing effort ! Loved watching you play and be fearless .💪🏻 Congrats on your first !

Congratulations to young @rolandgarros champion @iga_swiatek – a nerveless performance from the Polish star and the first of many majors to come. Best wishes from afar, 🚀

Nantes 0-3 PSG: Herrera, Sarabia and Mbappe on target for the visitors