Home » Tennis » French Open: Casper Ruud is a dark horse at Roland Garros and is fast becoming one of Norway’s biggest sporting stars

French Open: Casper Ruud is a dark horse at Roland Garros and is fast becoming one of Norway’s biggest sporting stars 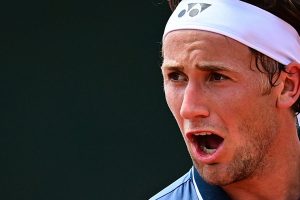 Casper Ruud is fast becoming one of Norway’s biggest sporting celebrities following his rapid rise up the ATP Tour rankings and recent title in Geneva. The 22-year-old is a chip off the old block having followed in his father’s footsteps.

Ruud is making a name for himself on the clay-courts after his most successful season to date.

The former junior world No 1 sent down an impressive 39 winners and won 81 per cent of his first-serve points en route to defeating Poland’s Kamil Majchrzak 6-3 6-2 6-4 to make the third round of the French Open on Wednesday.

He faces Alejandro Davidovich Fokina of Spain next with realistic ambitions of becoming the dark horse of this year’s Grand Slam.

The 22-year-old from Oslo, won his second ATP Tour title in Geneva just before Roland Garros, and he already has 34 clay-court wins in 2020/21. He’s prolific on the red dirt.

Having made the fourth round of this year’s Australian Open, Ruud has gone on to reach the semi-finals in Madrid, Munich and Monte Carlo.

Ruud now believes he has gained “respect” from his fellow professionals after his impressive recent performances on clay.

“First of all, it’s nice to get some recognition that you’ve had a good clay-court swing,” Ruud told a press conference in Paris. “I feel the same. I’ve won many matches and I’ve built a kind of clay-court reputation for myself, I guess.

“I’ve been performing well at many tournaments this year and I think this is by far my best clay-court season so far.

“When people are facing (Rafael) Nadal on the clay, many of them will already think they lost before going out on court because you know how tough it will be. If I can maybe achieve a small percentage of that kind of respect he has in every other player, I’m happy with that. I’m not sure if I’ve come to that point yet.

“You gain respect in your opponents’ minds when you win a lot of matches. I feel like this year has been a little bit like this for me.”

Ruud is coached by his father, Christian, who was a renowned tennis player himself, with the sport running in the family blood.

Casper went on to train at Rafael Nadal Academy and he’s now usurped his father as Norway’s most successful player of all time, winning his maiden title in Buenos Aires in 2020 before making his breakthrough on clay this year.

Speaking about his relationship with his father, Casper said: “We have a very good relationship. He’s a coach. He’s my father. Of course, a friend. We have fun on and off the court.

“We have a very, very good relationship. But we also respect each other. I put a lot of faith in listening to him when I was growing up because I knew he was basically the only one in Norway who really knew what the life on tour was about, and how you have to train hard every day to succeed.” 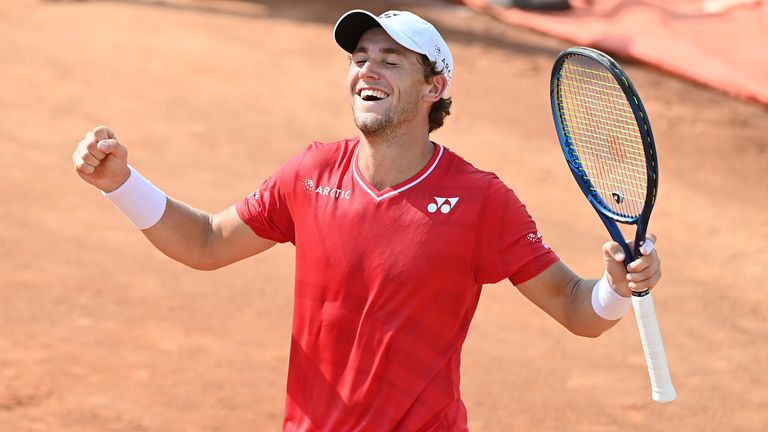 Ruud is also delighted that tennis is one of Norway’s fastest-growing sports with winter sports and football usually drawing in big audiences.

“It’s been a small sport compared to other sports in Norway, but now we are getting better at the outdoor and summer sports as well,” he said.

“I think tennis and golf have had a large boost in participation with a lot of people wanting to take up the game since the start of the pandemic.”