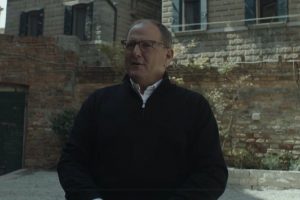 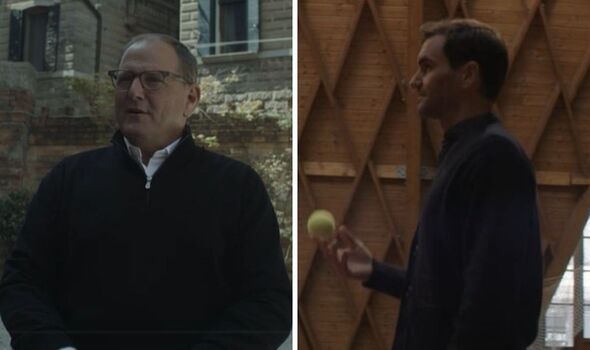 Roger Federer’s long-time agent Tony Godsick gave an insight into the 41-year-old’s attempted comeback process over the last two years. He also revealed that people close to the Swiss star “questioned” why he was trying to return to tennis following his third knee surgery. Federer was eventually forced to listen to his body and retire but the TEAM8 CEO explained just how dedicated the former world No 1 was to making a comeback.

Federer features in a new documentary titled Portrait of a Champion, which sees the 20-time Major champion become an anonymous sculpture for Ugo Rondinone’s “burn shine fly” installation at the 2022 Venice Biennale during his injury hiatus. The tennis icon is filmed during the two-year process from 2020 to 2022 as he continues to discuss his attempts at a comeback before giving in and retiring at last year’s Laver Cup.

The documentary gives a new insight into just how gruelling the 41-year-old’s work to return to his best were following his third knee surgery in August 2020, as even Godsick admits he doesn’t understand why Federer would still put himself through it after leaving his mark on the sport already. “Why are you trying to come back? Like what’s the reason?” he tells the cameras early on.

“You’ve done everything possible in this sport. He genuinely loves tennis and so his rehab, it’s been a long road.” Federer’s agent later elaborates on the 41-year-old’s dedication to the sport, continuing: “I’ve never felt that he doesn’t enjoy it and I think that’s why he has been so successful for so long is because he absolutely enjoys the sport. Everything the sport has to give.”

The American also lifted the lid on one of the aspects of tennis that Federer missed the most during his extended period away from the tour following his surgery. “I think we’ve been joking a lot lately, one of the things he misses the most is being back out on tour with the guys and joking around in the locker room and the practice and the whole sort of process leading up to the competition,” he explained.

And Federer echoed Godsick’s words, adding: “The tour is my second family, I mean I have told this to my children as well. You are the number one family but the tennis tour is my second family, the fans deserve to see me one more time. A good version of myself and not just the version that we saw in Wimbledon at the end in the last set. It would be a huge mistake if I came back too soon.”

While the 103-time title winner didn’t quite get his wish to come back at his best level, his fans did get to see him on the match court one final time at last year’s Laver Cup as he played a farewell doubles tie alongside Rafael Nadal before officially hanging up his racket. And Portrait of a Champion shows just how much Federer wouldn’t have wanted to make the decision to retire, with his agent explaining that he continued to motivate himself when everyone around him doubted the process.

“The person that is pushing Roger to come back again is without a doubt himself. There’s no one else,” he said. “Because there’s a lot of people behind the scenes – friends, family, technical teammates, coaches, fitness people – who are questioning it. And yet he wants to do it.”

Godsick – who is married to retired pro Mary Jo Fernandez – also sadly foreshadowed Federer’s eventual fate as he admitted that the knee could still stop Federer from making his return after all of his hard work. “The truth is, he might get to the point where he’s put in the rehab, he’s put in the time and he won’t be able to come back. You just don’t know,” he confessed.

Portrait of a Champion is now available to watch at www.portraitofachampion.com