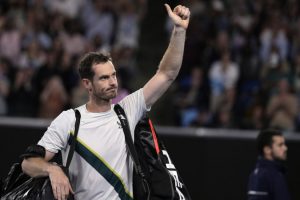 Andy Murray hobbled on to Margaret Court Arena with the zest of a man twice his age on Saturday night and exited more than three-and-a-half-hours later indisputably feeling worse.

The Scottish veteran had hit the wall well before his third-round clash against Roberto Bautista Agut, so stiff before the match he struggled to bend over to pick up his racquet bag. 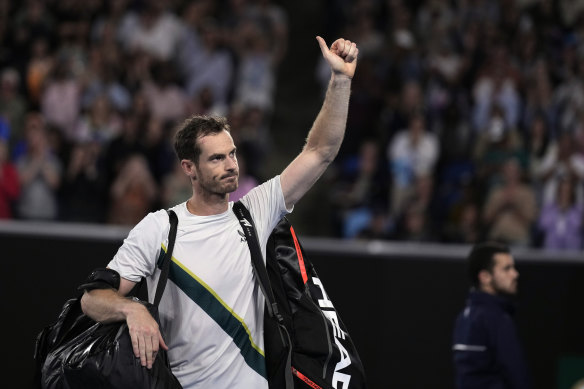 The cumulative toll of spending almost 11 hours on court just to reach this point would ruin the chances of players in their 20s, let alone a 35-year-old with metal in their hip.

“Always playing Andy in a slam is very tough. He knows the game very well. He knows how to play a grand slam match,” Bautista Agut said.

A Wimbledon semi-finalist in 2019, the Spaniard deserves significant credit for his resilience and recovery powers, for he too went to five sets a round prior.

But there was a significant difference in the fitness of the two combatants. It took the 34-year-old just under three hours to defeat Brandon Holt on Thursday. 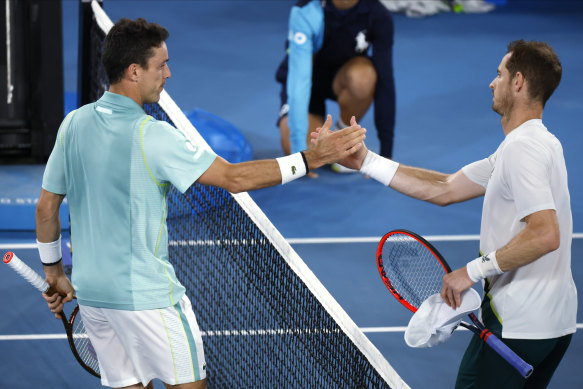 Roberto Bautista Agut and Andy Murray after the match.Credit:AP

Murray, in comparison, required nearly six hours to trump Thanasi Kokkinakis. And he finished the match well past 4am. That was after taking five hours to edge Matteo Berrettini.

It was no surprise Bautista Agut, who was Murray’s rival when Australian Open officials prematurely retired the Scot to his bemusement in 2019, looked by far the fresher player.

But among the reasons Murray is a champion are his heart and also his court craft. Even with his movement compromised, the former world No.1 read the play like the maestro he is.

He anticipated the thrust and parry from the Spaniard and stayed in the contest. A quality match unfolded despite his aching body. 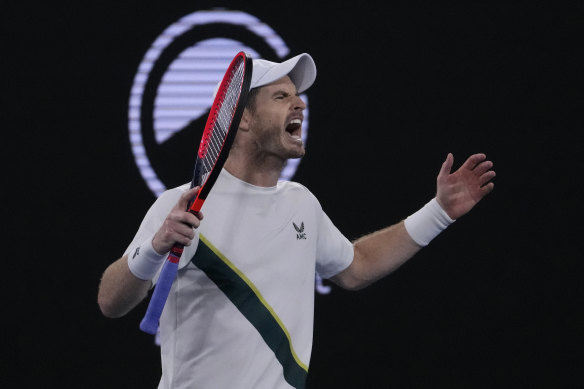 Andy Murray takes in the moment after winning the second set.Credit:AP

After waddling onto the court, Murray could scarcely reach down for his water bottle, let alone get his engine started. And in the infancy of the match, there was only one gear available. Slow.

He won just one point in the first three games and the opening set whistled by with Murray barely in motion.

His body squeaked, squealed and stalled but finally sparked into action midway through the second set.

The dual-Wimbledon champion retrieved a service break and then saved two set points to level the match in a thrilling tie-breaker. That earned him a standing ovation from the crowd. 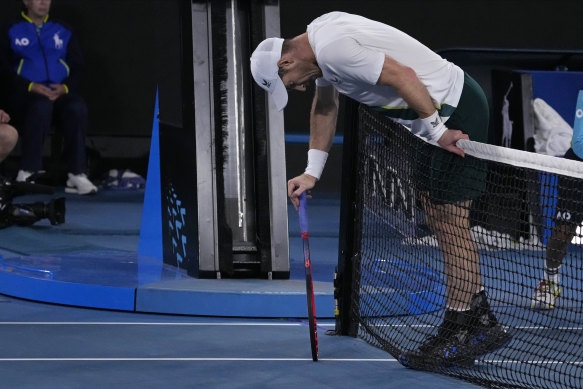 Andy Murray rests on the net during the clash.Credit:AP

Midway through the third it was clear there would be no miracle, even if the fight had not left the old dog.

It seemed a rare moment between points when he was not bent awkwardly over his haunches, yet he still forced the world No.25 to work overtime to clinch the lead.

The fourth set was similarly tight. Murray broke early, surrendered it and then gave another break at 4-all, a game that went against the grain of the contest given how easily it was lost.

On securing victory, Bautista Agut bellowed “vamos” and pumped his fist in delight. It was a quality performance. He had seen off a proud champion who had the support of the crowd. He progressed to face Tommy Paul for a place in the quarter-finals.

“Today there was a lot of love for Andy, I think. Maybe next round there will be a little bit more for me,” he said.

Murray, meanwhile, cleaned up around his chair, neatly packed his bags and hobbled back off the court again, but not before giving the crowd a prolonged wave farewell.

He has said repeatedly that he is determined to try to return to the top. His ball striking is as good as ever. The query is whether his body, aching and creaking as it is, will allow it.