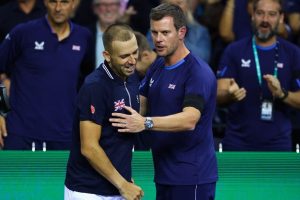 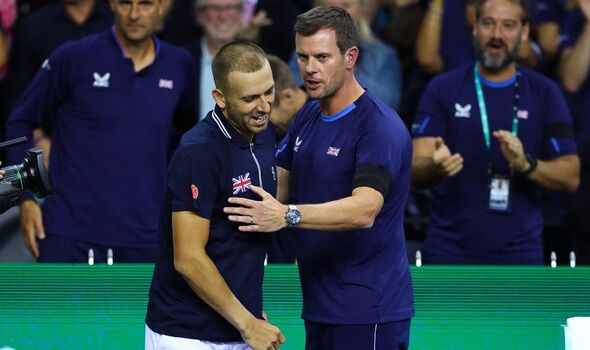 Leon Smith has responded to Dan Evans’ brutal comments about his Davis Cup doubles choices ahead of Britain’s tie against Colombia next month. The British No 2 threatened to quit the team if the captain didn’t alter his double selections after using the pair of Joe Salisbury and Neal Skupski after Evans and Skupski had played some events on the tour together to build chemistry for the team tournament.

Evans is part of Britain’s Davis Cup squad for next month’s qualifier tie in Bogota despite making his feelings over the captain’s choices clear last year when he threatened to stop playing for the team. The 32-year-old went on an x-rated rant shortly after team GB lost the group stage in Glasgow last September, telling i News: “It’s f***ing annoying. It’s disappointing. To be frank, it’s a bit insulting also that I haven’t been picked ever to play the Davis Cup [in doubles].”

But he has since been called up to the squad again for the qualifier stage as Britain will face Colombia from February 3 to 5, and team captain Leon Smith has addressed the world No 30’s remarks ahead of their reunion next month. “We’re all fine. I’m not getting into it. We’re good,” he told PA.

“What I would say is I’m just delighted he’s playing. Dan’s one of the most important players on our team, plays with passion, and he’s playing really well.” As well as Evans, Cameron Norrie, Neal Skupski and Joe Salisbury will all be playing for Britain again while Jack Draper has received his first call-up.

JUST IN: Rafael Nadal’s uncle hits back at Novak Djokovic as row kicks off

It means that Andy Murray will not be able to represent his country, with Smith forced to make some tough decisions as the quality of British men’s tennis grows, while he also thought switching to-and-from the clay surface wouldn’t be the best idea for the 35-year-old.. But he has no doubt that the former world No 1 would be happy to represent his country again if he was called upon.

“If we needed him for this tie, he was going to step up,” he added, before discussing the danger of having Murray travel for one weekend on clay before getting back to the hard courts. “It would have a bigger impact on him than the others potentially, but he was ready to go. It’s just great that the others have stepped up as well now and they also deserve to be there.”

Smith’s comments come after Murray’s heroic run to the third-round of the Australian Open, which saw him play two epic five-setters against Matteo Berrettini and Thanasi Kokkinakis – the latter lasting five hours and 45 minutes and going on until 4.05am. The Davis Cup captain was in his box for every match and said: “Andy’s playing great.

“Everyone, rightly so, looks in amazement at what he’s doing physically, it is absolutely astonishing, but the work he’s put in with his team, he deserves to be able to do that And his heart is just ridiculous. But he’s playing really, really well, his game’s improved and he’s in a really good place. I think he can really push on and play well this year.”