Emma Raducanu celebrates with the US Open trophy

Emma Raducanu’s “special” mental strength is a result of her upbringing and something that cannot be taught, says her coach Andrew Richardson.

The 18-year-old Raducanu made history on Saturday when she became the first qualifier ever to win a Grand Slam singles title, and the first British woman to do so for 44 years, as she beat Canadian 19-year-old Leylah Fernandez to win the US Open.

Richardson had worked with Raducanu from the age of 10 as she developed her game growing up in Bromley, but was only drafted in as her full-time coach for the US Open after her sudden success at Wimbledon earlier this summer when she reached the fourth round of her maiden Grand Slam.

Raducanu’s parents were not able to secure the visas they needed to get out to New York and watch her triumph, but Richardson believes Romanian father Ian and Chinese mother Renee put their daughter on the road to greatness.

“For me, the biggest strength she has is the mind,” Richardson said. “I think everything starts with the mind and the strength she has shown throughout the trip and the resilience she showed.

“Her ability to deal with adversity and compete is where it all starts. I’ve known her from a young age and she’s always had that. I’m not sure it can be coached. I think a lot of it is parenting, and her parents should take a lot of credit for the person Emma is. The mental strength she has is truly special.”

Raducanu, whose family moved to the UK from Canada when she was two, said her mother instilled her self-confidence and that her parents passed on a determined work ethic. 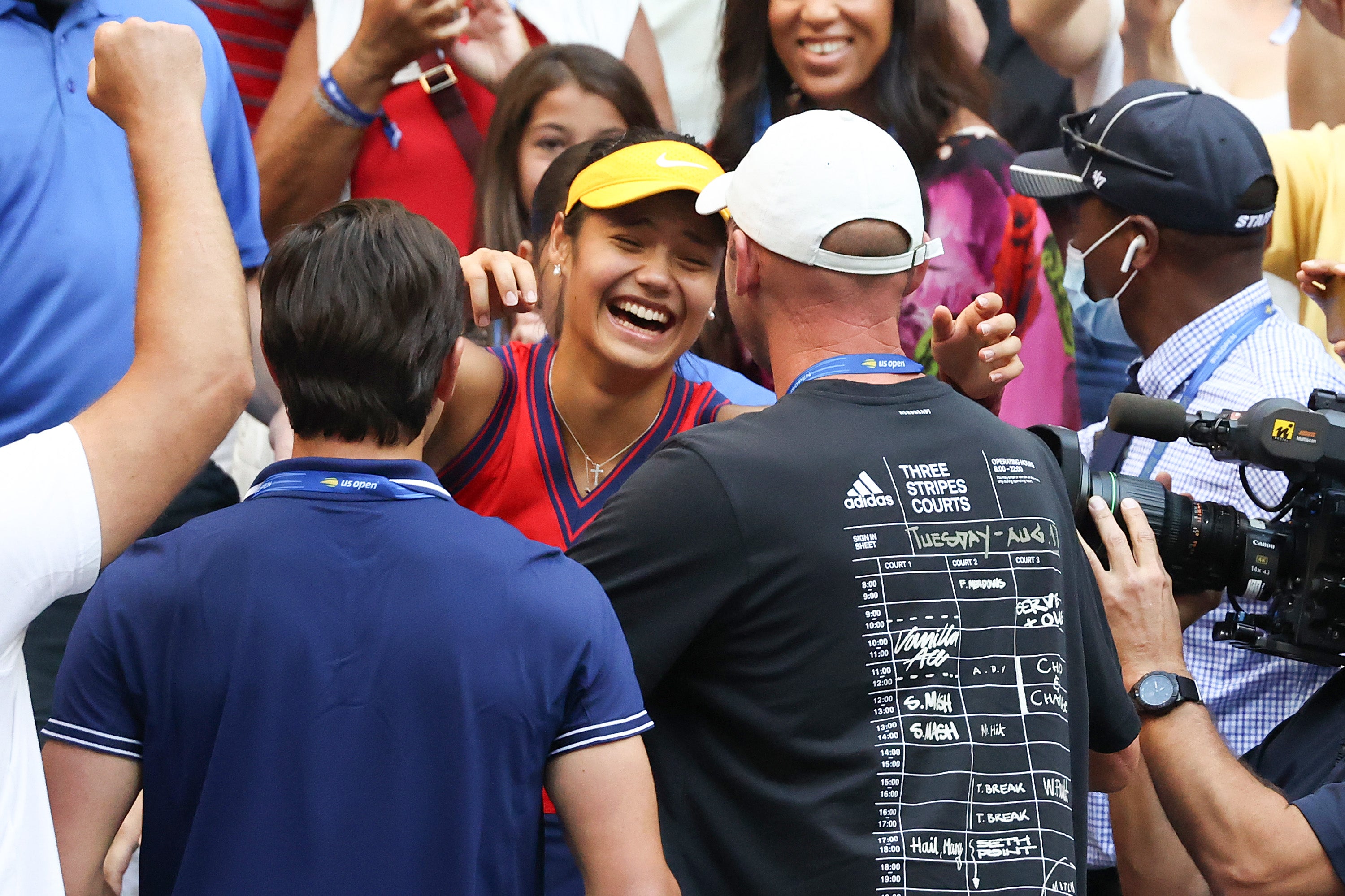 “My mum comes from a Chinese background – they have very good self-belief,” she said. “It’s not necessarily about telling everyone how good you are, but it’s about believing it within yourself. I think it’s definitely helped me, the mentality that both of them bring. They both come from very hard-working countries.”

Richardson was the head performance coach at Culford School in Suffolk under the end of last year, but could now be set to take on the role of Raducanu’s coach on a permanent basis after a glorious three weeks in New York culminated in collecting the champion’s coach trophy.

“No conversations [yet],” he said of his future with Raducanu. “This is obviously a moment that doesn’t happen very often so I’m going to enjoy that, and I think she should as well. I’m sure when we get back to England, we’ll sit down and see what the plans are, so we’ll see.”