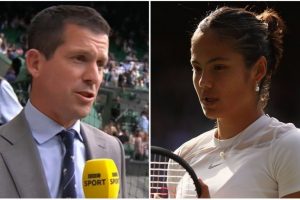 Tim Henman insisted that Emma Raducanu’s straight sets defeat to Caroline Garcia in the Wimbledon second round will be a “reality check” for the 19-year-old, as the Brit suffered a 6-4, 6-4 defeat and will have been disappointed to crash out earlier than she did last year, when she reached the fourth round.

“It’s all a learning curve but this is a bit of a reality check for Emma,” Henman said during the BBC’s coverage of Raducanu’s defeat. “There are a lot of very good players on the women’s tour and Emma is learning her trade. She will go and lick her wounds and understand where she has to improve. She got outplayed and at times got outpowered.

“I was very impressed with Garcia’s serving, she was very aggressive at any opportunity she got from the back of the court, she was really being aggressive, hitting hard and it was almost as if Emma was reacting the whole time.

“She was never really able to dictate play and that emphasises the challenges ahead because Garcia I think on this type of surface when she is serving that consistently and really dominating, she is going to be tough for anyone right now.”

JUST IN: Kokkinakis bends over and shows bum to Djokovic in Wimbledon incident 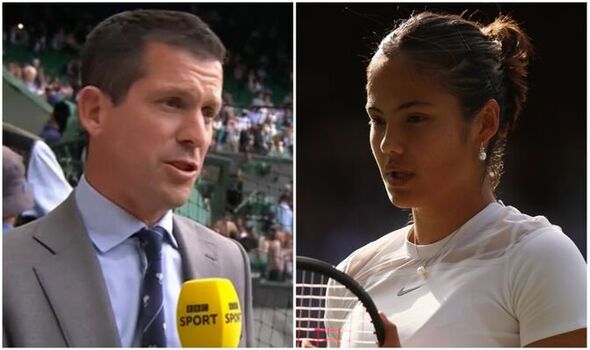 Raducanu was one of a record nine British players to make the second round this year, but was unable to reach the last 32 as she was dismantled by Garcia. Expectations were high for the US Open winner but the teenager’s preparation for Wimbledon had been hampered by injury. She suffered a side strain at the Nottingham Open and Henman stated that while Raducanu has plenty to learn, he anticipates that she will do just that and go further at Wimbledon in the future.

“If you look at the matchup it is going to be pretty clear the areas in Emma’s game both technically and physically where she needs to work,” Henman added. 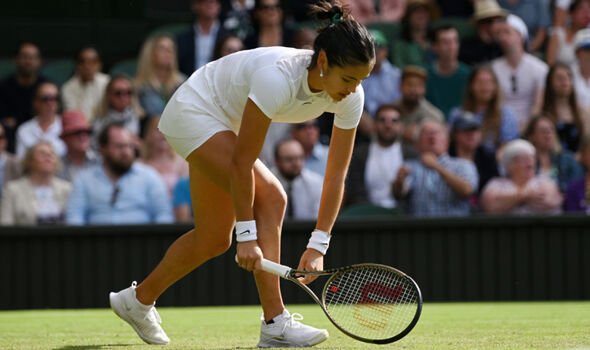 “I think Garcia is probably serving about ten miles per hour faster than her and from the back of the court, that type of power goes back to the physical work that Emma has to do.

“She hasn’t had that opportunity but she is a swift learner, I think Jo [Konta] has mentioned it is still experience being out here on Centre Court on her own Grand Slam, it’s such a steep learning curve.

“Yes it didn’t go her way but I think it will give her a pretty clear idea of how she has got to go back to the drawing board and improve many aspects of her game. She will do that and she will be going much deeper into this tournament in the future.”