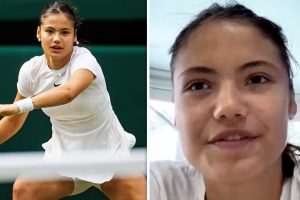 Emma Raducanu admits she feels “light on matches” heading into the hard-court season. The Brit admits she feels different to how she was during her historic US Open success last year, where she claimed she was on “autopilot”.

Raducanu has not played a match since crashing out of Wimbledon to Caroline Garcia in the second round last month. The teenager has struggled to hit a consistent vein of form since she became the first singles qualifier to win a Grand Slam title in the Open Era.

She is set to take a full part in preparation ahead of her defence at Flushing Meadows and is looking forward to playing at some tournaments new to her. In a live interview on CitiOpen’s Instagram page, Raducanu said: “I am looking forward to going into the hard-court season because  all of the tournaments leading up are brand new to me.

“It’s my first time playing them and they’re all really good and big tournaments. So it will be great to just get experience at each of those. 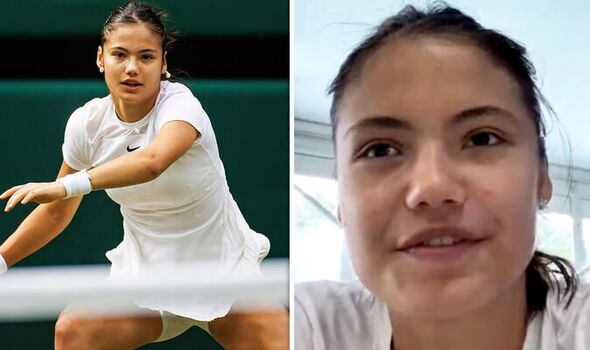 “And going into DC I feel like I haven’t played since Wimbledon and I’m probably a bit light on matches but it’s a great place to start building and start working on, and whatever happens you’ll see ‘oh okay, I need to do this better’ and just adjust week to week. And then hopefully at the US Open you’ll have a better understanding of where your game’s at.”

Raducanu says there is no way of replicating match practice in training. She admits it will be hard to find the level she reached at the US Open last year without playing lots of matches in quick succession. 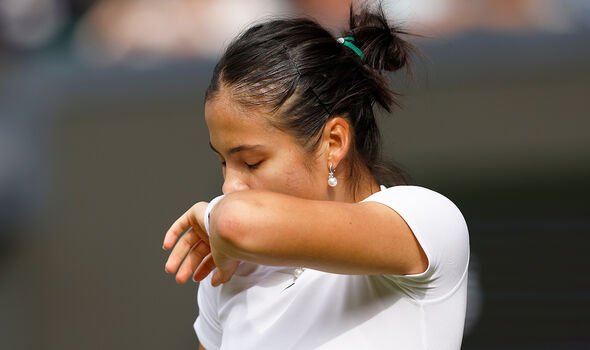 “Sometimes when you play a lot of matches in a row, and something that I experienced at the US Open, where I played so many matches that everything felt like I was on autopilot. A lot of the time you just don’t know what you’re doing in a way, but you just have this really good confidence that you can be a break down, a break point down, but you just know you’ll find a way back.

“That’s something for sure I’d say comes with a lot of matches and is tough to find if you’re a bit in and out.”