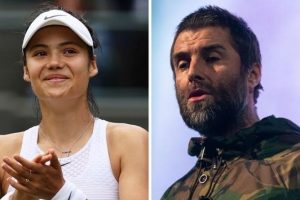 Emma Raducanu is gaining fans every day having reached the fourth round of Wimbledon and Liam Gallaher appears to be one her biggest supporters on social media. The British teen entered Wimbledon as a wildcard having only made her WTA Tour debut last month at the Nottingham Open.

She was a relative unknown coming into the British Grand Slam but has amassed huge support over the past week.

Ranked 338 in the world coming into the tournament, Raducanu made an immediate impact in beating Vitalia Diatchenko in the first round, who was 200 places ahead of her in the rankings.

An even bigger scalp followed in the second round with Raducanu taking just over an hour to defeat Marketa Vondrousova, who reached the French Open final back in 2019.

Anticipation was building heading into Saturday when the Order of Play revealed that Raducanu would be playing on the biggest stage of her career on Court One.

JUST IN: Emma Raducanu prize money: How much has British Wimbledon star won? 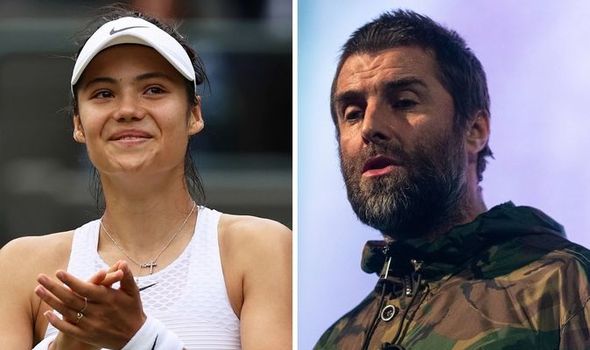 Raducanu rose to the occasion and kept her 100 per cent record in defeating Sorana Cirstea in straight sets.

The Wimbledon crowd roared in celebration as the 18-year-old became the youngest British female to reach the fourth round in the Open era.

She has now won a guaranteed £182,000 in prize money with millions of tennis fans in the UK now expected to tune in for her fourth-round match against Ajla Tomljanovic.

And former Oasis frontman Liam Gallagher will certainly be watching this evening.

Now, he has called on all his 3.5million Twitter followers to watch her face Tomljanovic for a place in the quarter-finals.

Gallagher wrote: “Get on the Les Dennis tday and get behind Emma Raducanu celestial talent.”

Raducanu may only be competing in her first main draw at Wimbledon, but she isn’t shy of admitting her ultimate goal is to win the historic Grand Slam. 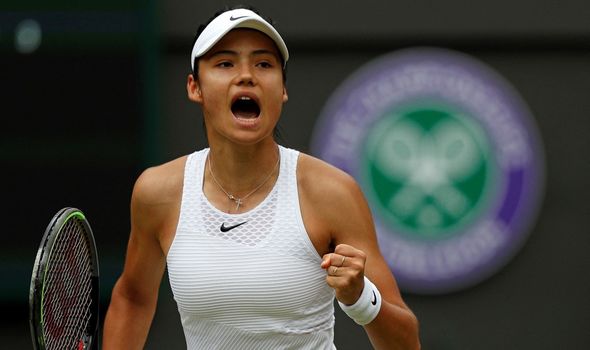 “Long-term goals, my dream is to win Wimbledon,” she told BBC.

“It’s such a special Grand Slam and it’s my home slam.

“And the support is just incredible. This is my first year here and I’m just having such a blast.

“I’m at the beginning of my career and I have many more years to come so I’m just really excited to get out there and start competing and showing what I can do.”