Daniil Medvedev's coach walks out after outburst from the tennis star 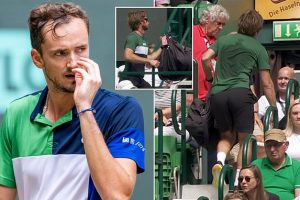 Daniil Medvedev’s coach stormed off after being verbally abused by the Russian during his Halle Open final defeat against Hubert Hurkacz on Sunday.

Hurkacz dominated the opening set, taking it 6-1, and Medvedev’s frustration began to build as he failed to gain a foothold in the match.

He then snapped after losing his serve in the opening game of the second set, aiming his anger at his coach, Gilles Cervara. 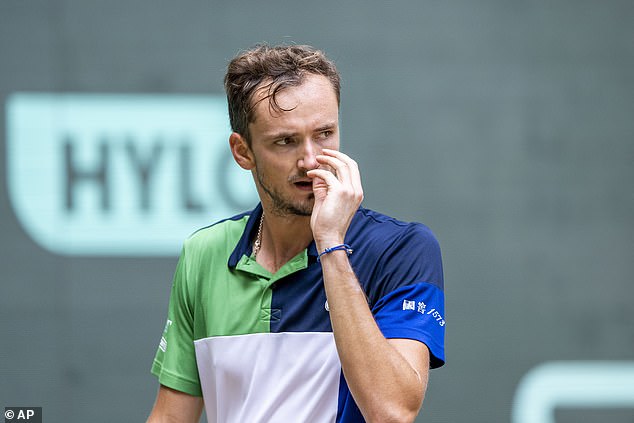 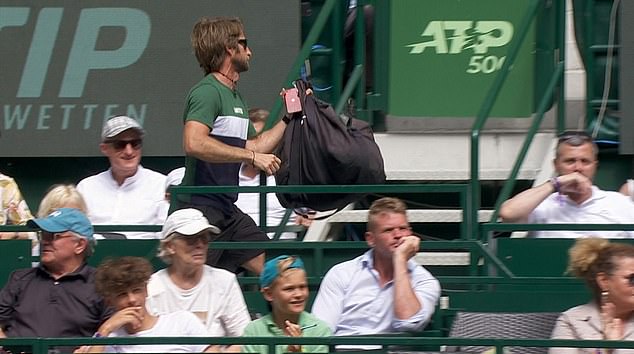 He started shouting at his coach, who got up and left with his bag in his hand 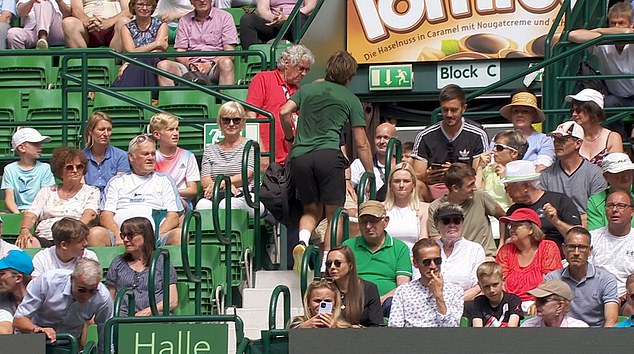 Cervara was in no mood to stick around and listen to Medvedev’s complaints, and he swiftly packed his bag before leaving the stands.

Medvedev’s wife, Daria, had been sat next to Cervara, and she remained courtside, but looked embarrassed by the unique situation as the TV cameras focused in on her after the incident.

The US Open champion went on to make a better fist of things in the second set, but still could not force a decider as Hurkacz wrapped up a 6-1 6-4 victory.

In his post-match interview, Medvedev apologised to his wife and acknowledged the fans, but did not directly address his coach leaving the arena. 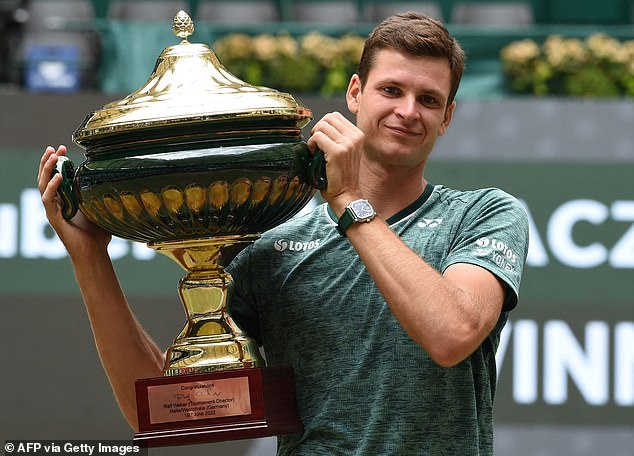 ‘Daria, thanks a lot for this week,’ he said.

‘Not easy to be with me on the court sometimes but hopefully next time will be easier and much better.

‘Also thank you guys [the crowd] very much, sorry for not making this match longer and more interesting!’

It was clearly not the way that Medvedev wanted his grass-court season to end, and he will now turn his attention towards the hard courts and defending his US Open title in September.

He will not be at Wimbledon later this month after Russian and Belarusian players were banned from competing due to the ongoing invasion of Ukraine.