‘In the beginning it was a shock: Australian Open champion Caroline Wozniacki reveals arthritis battle

Former world No 1 Caroline Wozniacki has revealed she has been suffering with rheumatoid arthritis for the last few months.

Wozniacki, who won the Australian Open in January, was diagnosed with the auto-immune disease prior to the US Open this summer, but has been able to play through it.

The Dane’s 2018 season came to an end as she was knocked out of the WTA Finals at the group stage after a defeat to Elina Svitolina and she will now use the off-season to plan how to manage the illness, which causes swelling of the joints and fatigue. 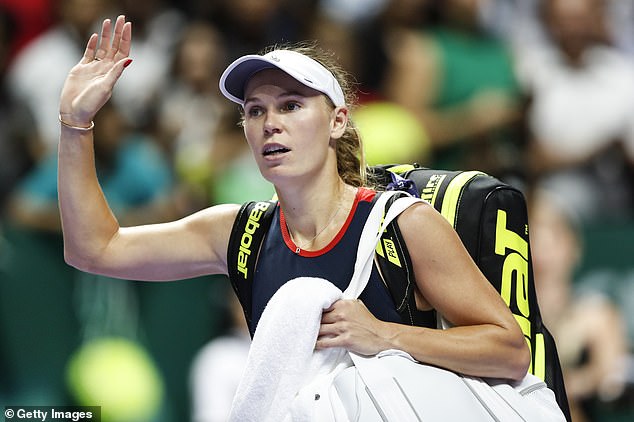 Caroline Wozniacki has revealed she has been suffering with rheumatoid arthritis

She told a press conference: ‘In the beginning it was a shock. Just you feel like you’re the fittest athlete out there, or that’s in my head, that’s what I’m known for, and all of a sudden you have this to work with.

‘It’s obviously not ideal for anybody and I think when you’re a professional athlete, it’s also not even more ideal.

‘But you find a plan, figure out what to do, you do your research, and thankfully there are great things now that you can do to it and do about it.

‘You just kind of move on from it and work through it and figure out how to deal with it and live with it.

‘You learn how to just cope after matches. 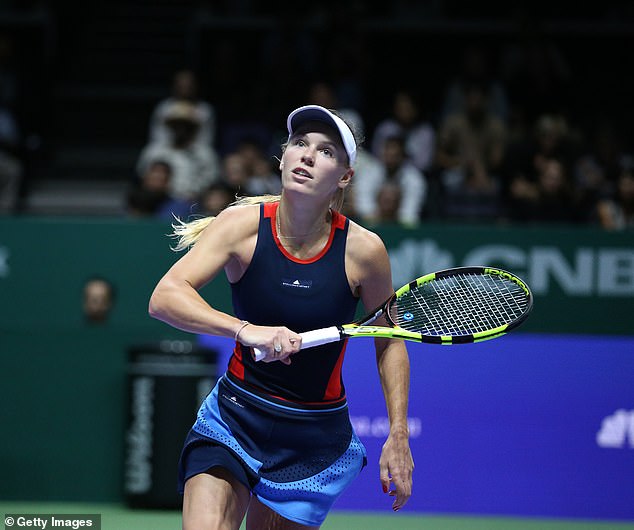 ‘Some days you wake up and you can’t get out of bed and you just have to know that’s how it is, but other days you live and you’re fine. You don’t even feel like you have it.

‘It’s something that now I’m happy that I’m done with the season and you can just kind of control it a little bit more and figure out a plan how to control it even better in the future.

‘Some people can go into remission and some people it just stops, the disease, and it’s just right there and it’s not going to get worse, or if it does, it’s slowly.

‘The medicine now is so amazing so I’m not worried about it. So that’s great. You just have to be aware.’

Wozniacki did suffer a drop in results after her diagnosis, until bouncing back in style, winning the China Open in Beijing earlier this month. 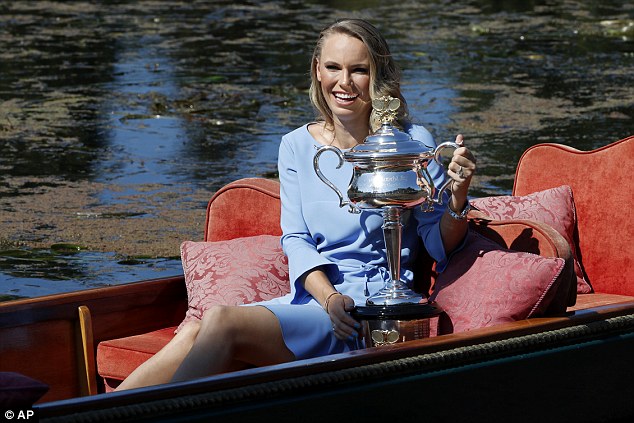